So stop pretending you are an ahistorical “Other-Box” checking European or Middle Eastern or “part Native American”  or ANYTHING BUT MEXICAN.

In fairness, poor Livie could also have Central American or Latin American roots, but I find that people of Mexican descent lead the way in being ashamed of their heritage.

Of course, this is due to a hundred years of anti-Mexican hatred and anti-immigrant xenophobia, and hundreds of years of anti-indigenous propaganda. We all should know that people from Mesoamerica can be highly indigenous or mestizo, which is a mix of European and indigenous background, due to this little thing called the Conquista.

Mexico is just as diverse as the U.S., it also has people with African heritage, Arabic, Chinese, Sephardic Jews, lily-white Europeans, you name it. But that’s part of being Mexican. In my family we have the variety pack of skin tones and features; that’s what history has done to us.

But, please, Tia Chayo, I mean Livie, taking a DNA test is not the cure to conveniently forget who you are. 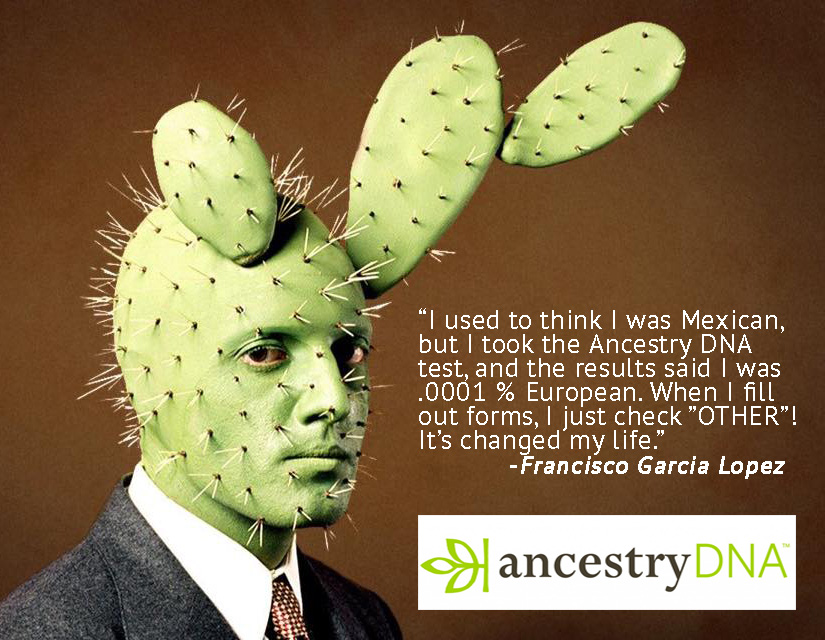