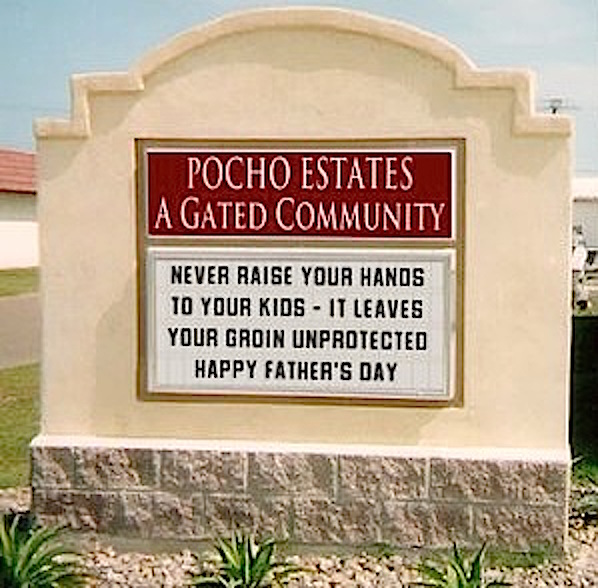 The East Pocho Optimists Club once again sets up a socially-distanced shop at Fernando Valenzuela Field for their annual chile-eating contest, which pits father-son teams against each other to see who can ascend the Picante Podium of Pain.

Bronche: Angry Bull cocktails (Red Bull, tequila, orange juice) are just $3 and dads get all the Mexican Meatball Sliders they want for free on Father’s Day at TGI Viernes in the Rancho Pocho Mall. Sunday 10 AM – 2 PM. Outside dining only. Wear a mask when not seated. Mention my name, Chale Knickerbocker, for a blank stare.

“We’ve got a great bunch of artists lined up,” he said: