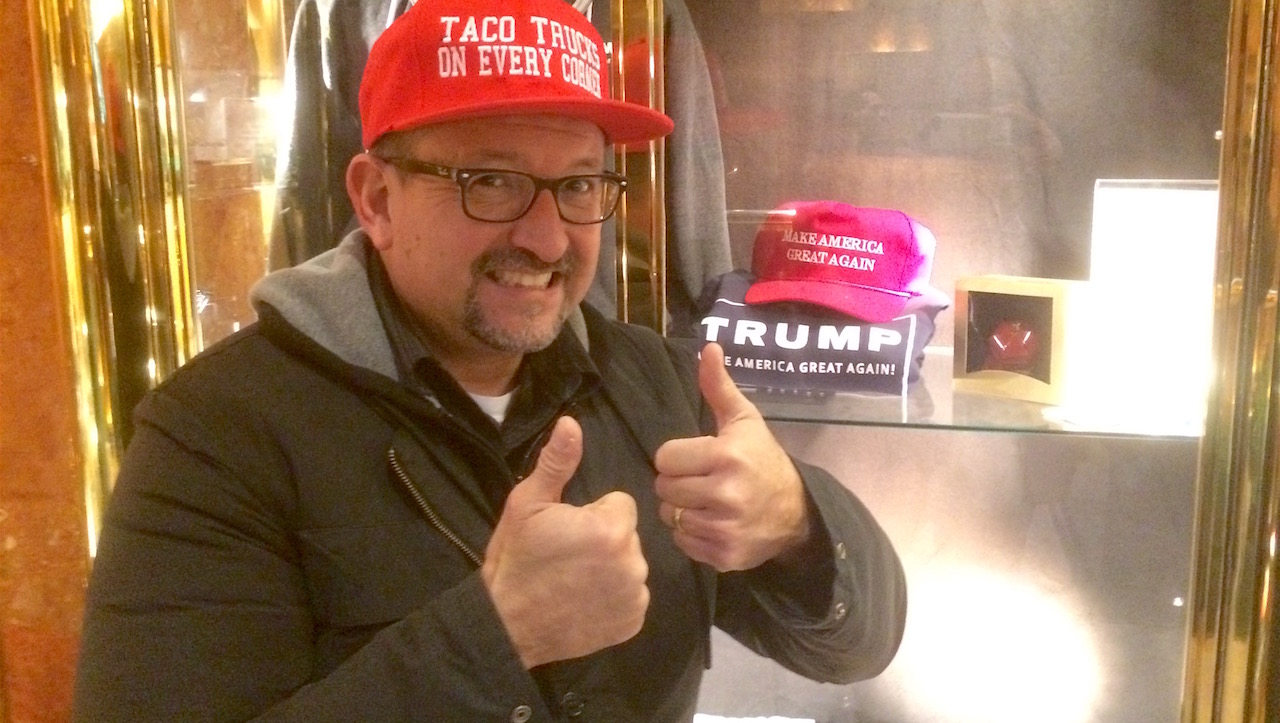 Also, there were Trump branded everythings, including the restaurant and bar reviewed mercilessly in Vanity Fair magazine. The interior of the building seemed to be like it was once a luxury mall in the late 80s. lots of pinkish marble and gold. There were plenty of Trump products, and hats displayed, we couldn’t snap snarky photos with them all.

Trump private security snarled at us when we wore Jeronimo’s hats and posed mockingly with Trump’s signature red old man hats. Trump Tower, we salute you. 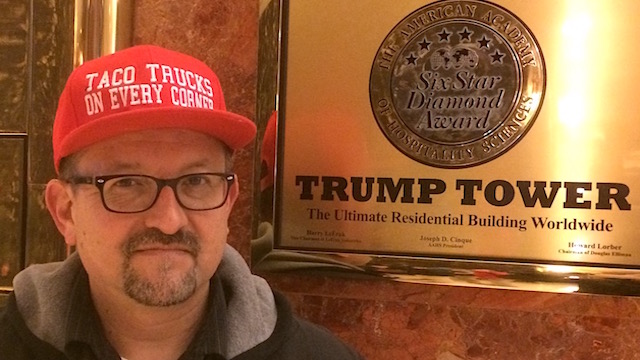 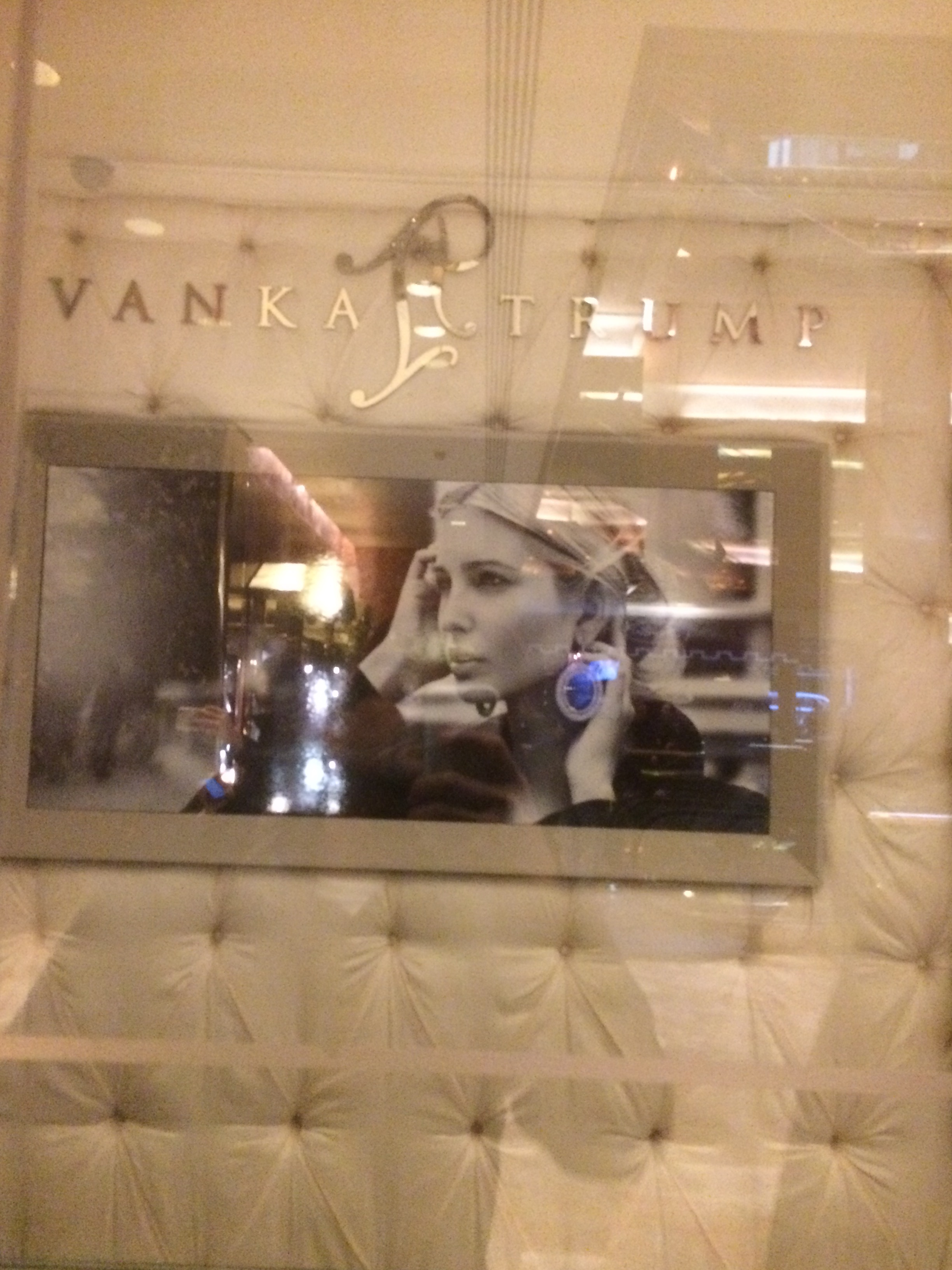 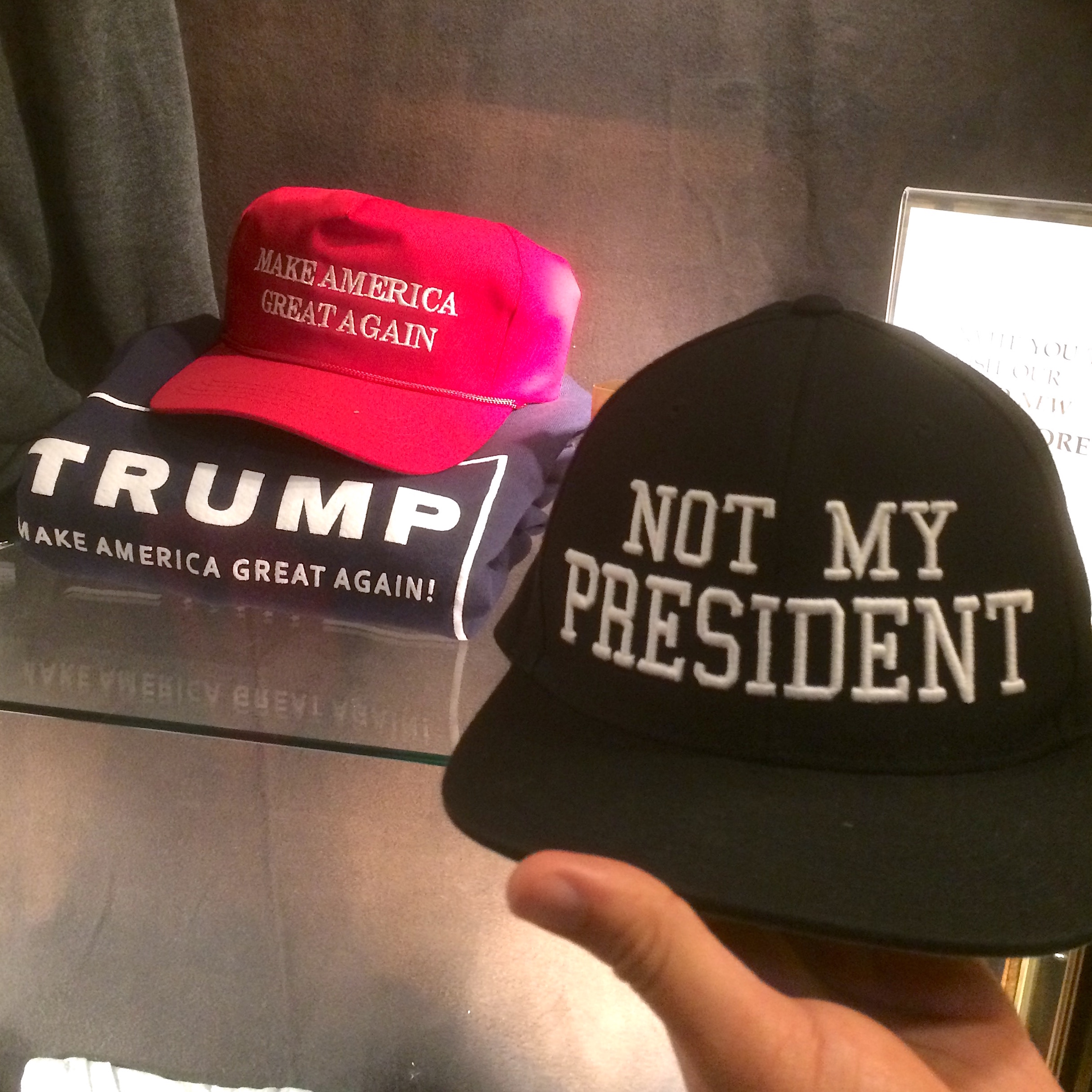 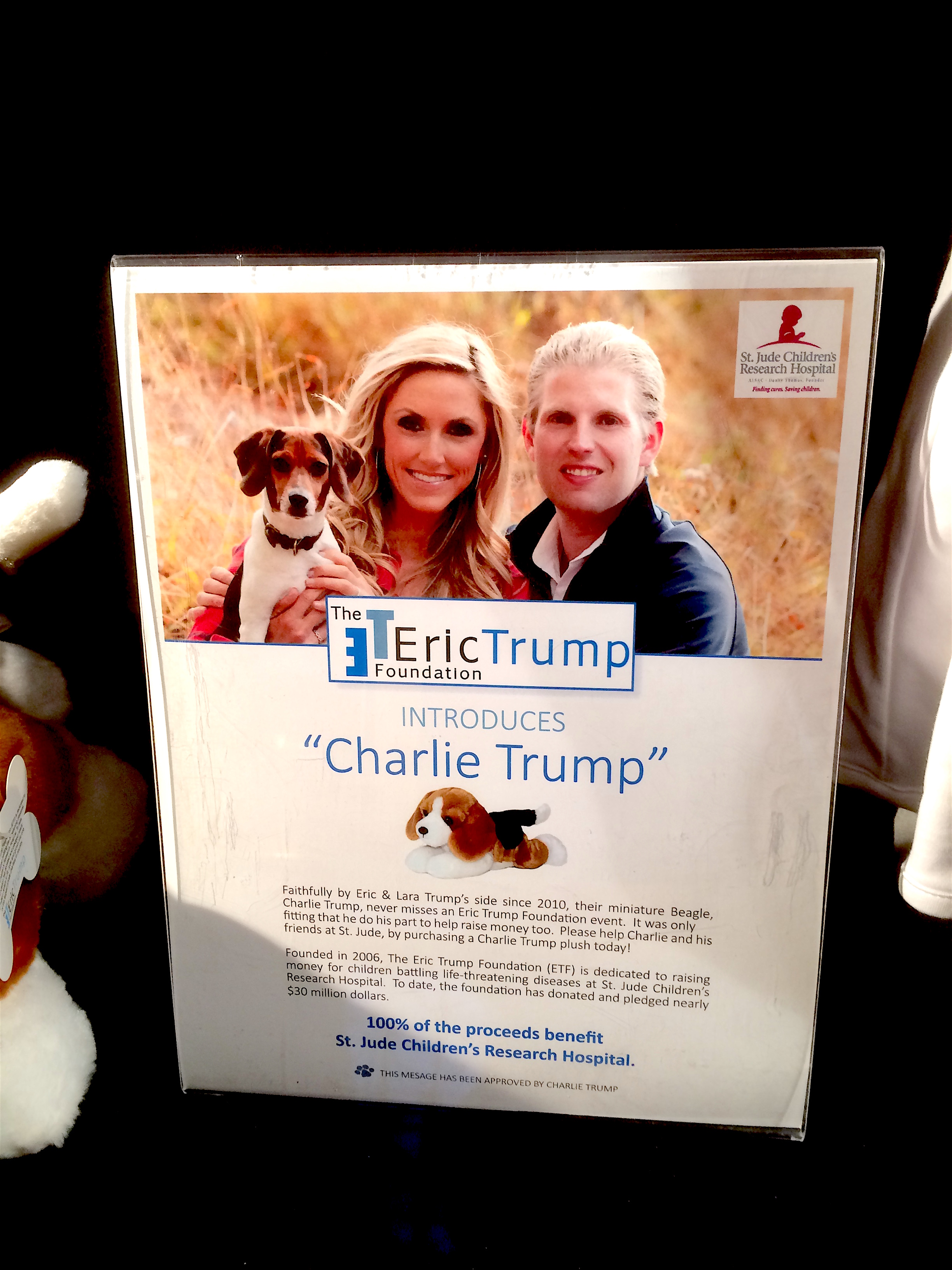 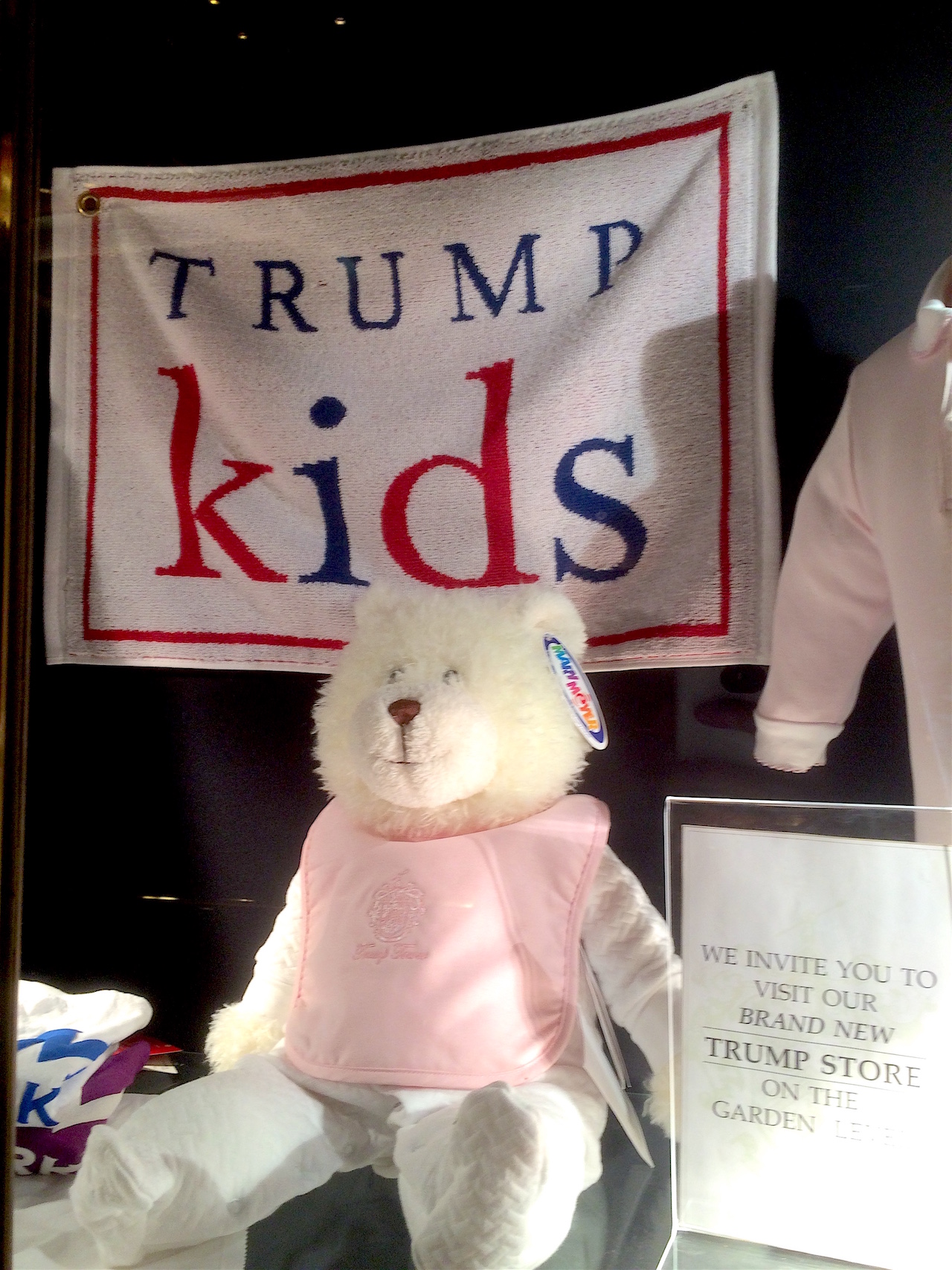 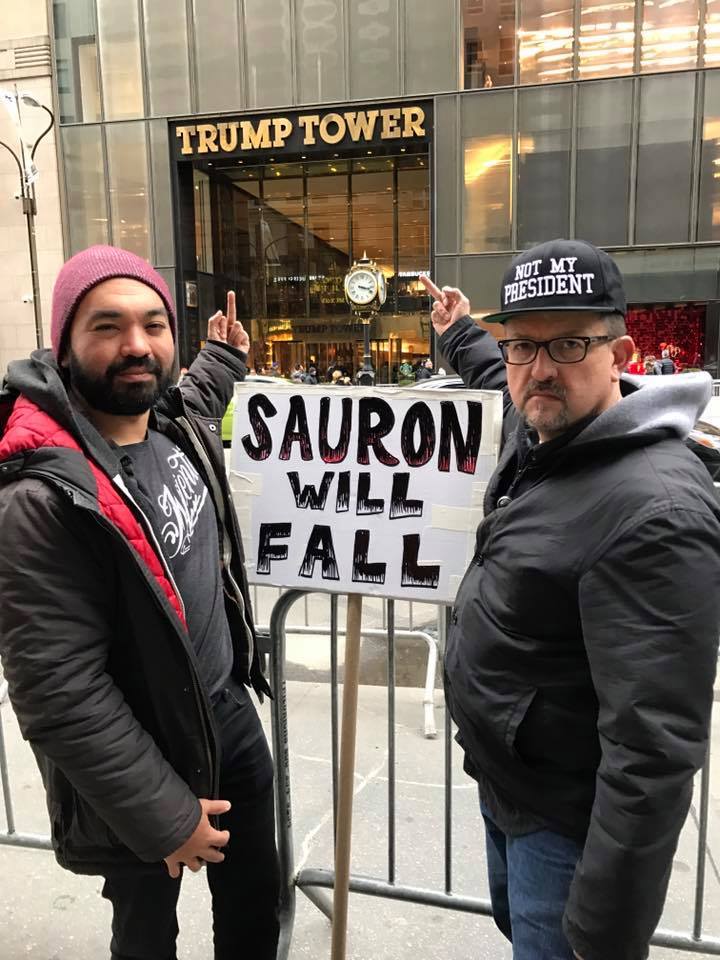