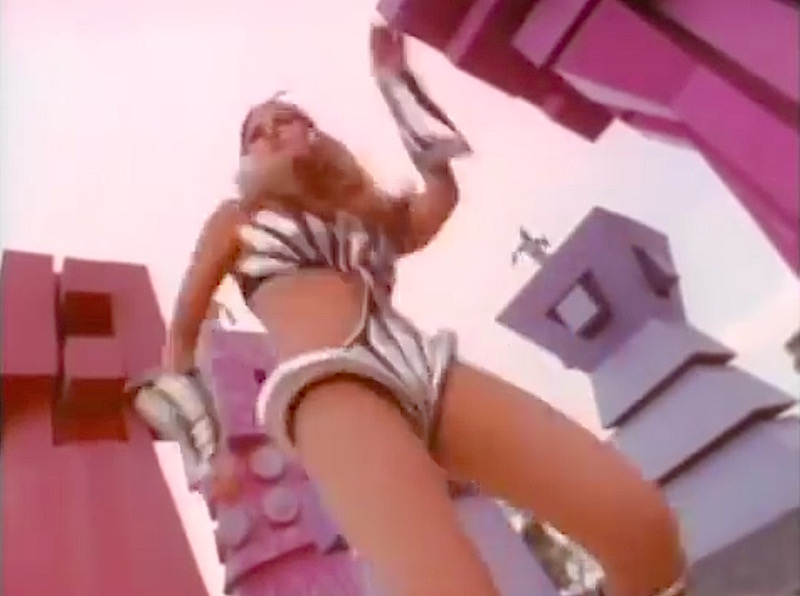 The story so far: Euro art-rockers Neon Neon recorded a song called Raquel in 2007 and a year later someone (shuffle76?) made the song into a music video by mashing up old scenes of (Jo) Raquel (Tejeda) Welch dancing and acting and stuff. Good idea, shuffle76, as if that’s your real name.