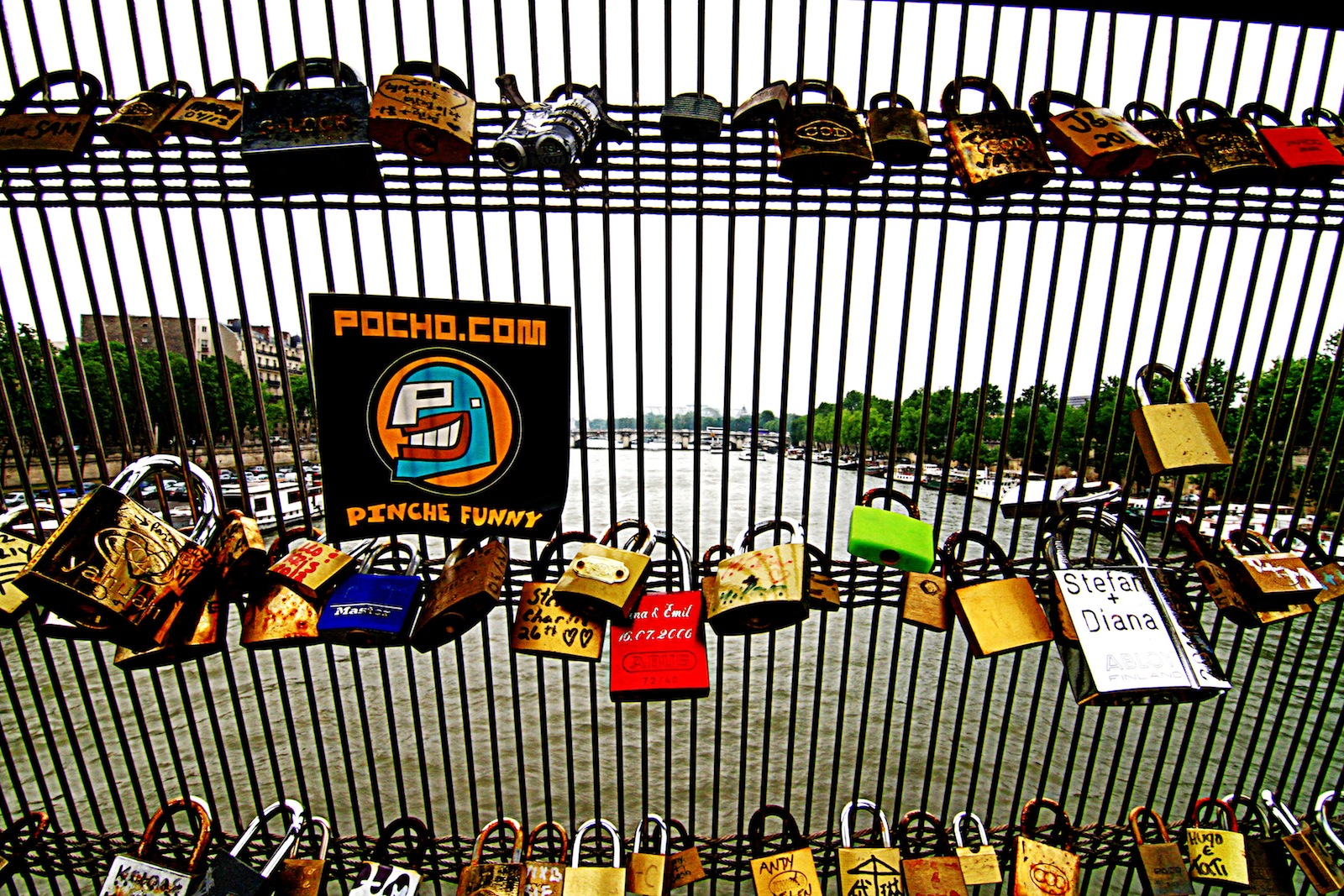 Two summers ago, MR. POCHO’s European vacation took him to Gay Paree, where he snapped this selfie on the Love Locks Bridge [click to enlarge.] Those were the best of times, he told friends.

Now, he feels, the worst of times are upon us.

Agence France-Presse has the sad news:

Sometimes too much love can be a bad thing as Paris discovered on Sunday when thousands of “locks of love” attached to a footbridge caused part of the railing to collapse, forcing an evacuation.

Thousands of lovers from across the world visit the Pont des Arts every year and seal their love by attaching a lock carrying their names to its railing and throwing the key in the Seine.

But police were forced to hurriedly usher visitors off the footbridge in central Paris early Sunday evening after 2.4 metres (yards) of railing collapsed under the weight of the collected tokens of affection.