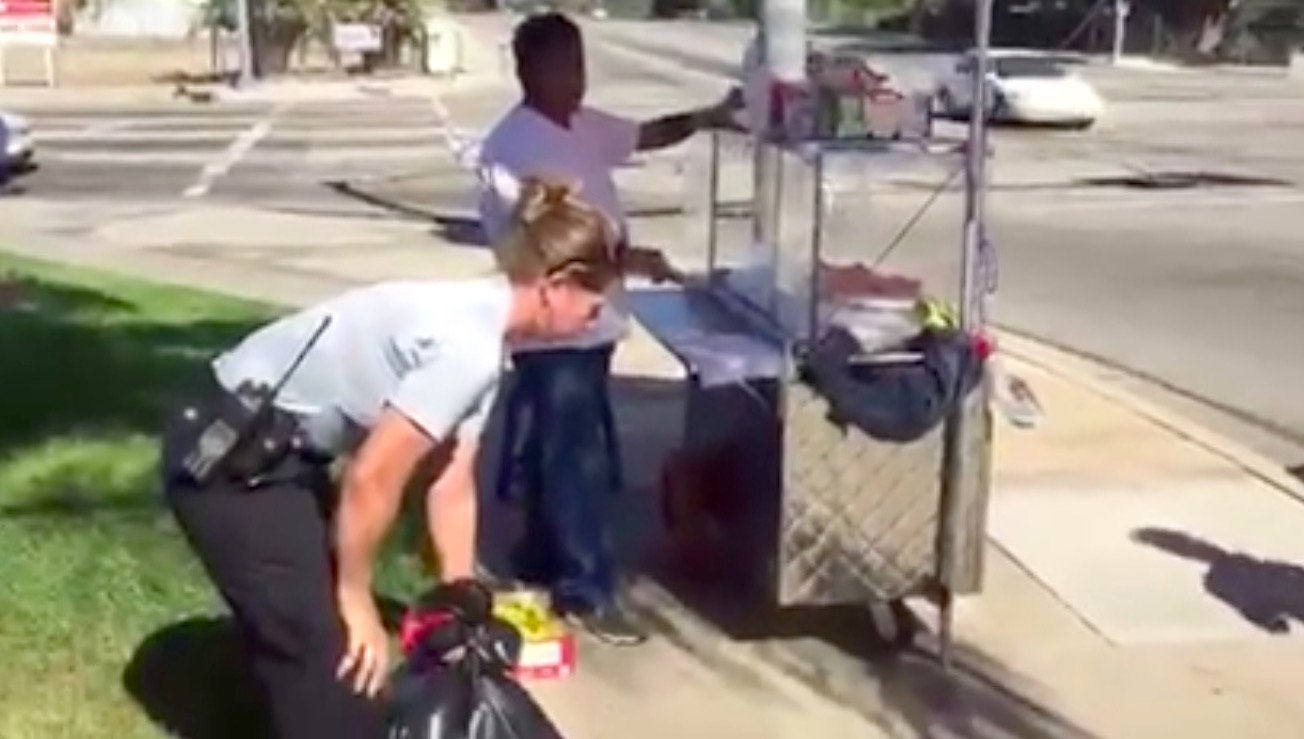 We can all sleep easier now that a guy selling fruit from a little carrito on a street corner in San Bernardino has been busted by the cops. Facebook member Jason Gomez was there: