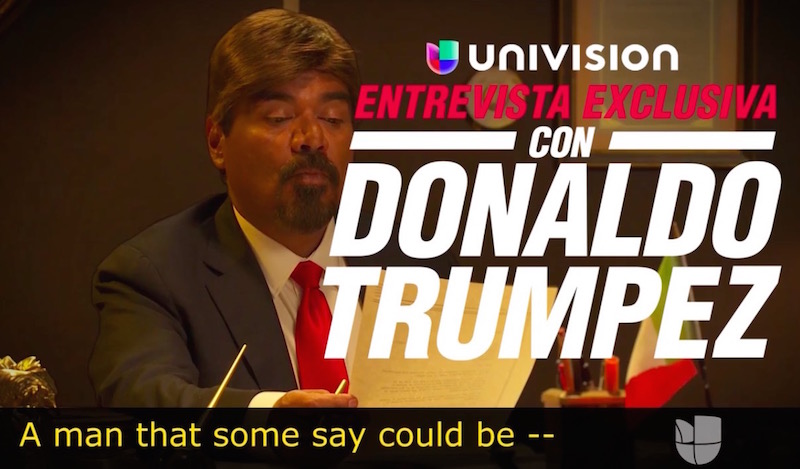 This pinche guero leads the polls and has a chance of becoming El Presidente.

¡Hola! It’s me, Borg Ramos, and I’m back at Univision, where it’s time to get up close y personal with Donaldo Trumpez.

In case you missed it, here is Tony Montana’s acceptance speech from last night’s Emmy Awards.

She only has one wish, Sandra Bullock told George Lopez in 2009: She wants to be “more Latina.” Sympathetic Lopez gets Bullock a chola makeover.

Now that the reconquista is complete and Latinos actually run the Hollywood they’ve built, cleaned, gardened, babysat and fed all these the years, the Movie Mogulistas are prepping Latino X-Men. Johnny Sanchez, a reporter for The Flama, was at the auditions. [NSFW adult language.] 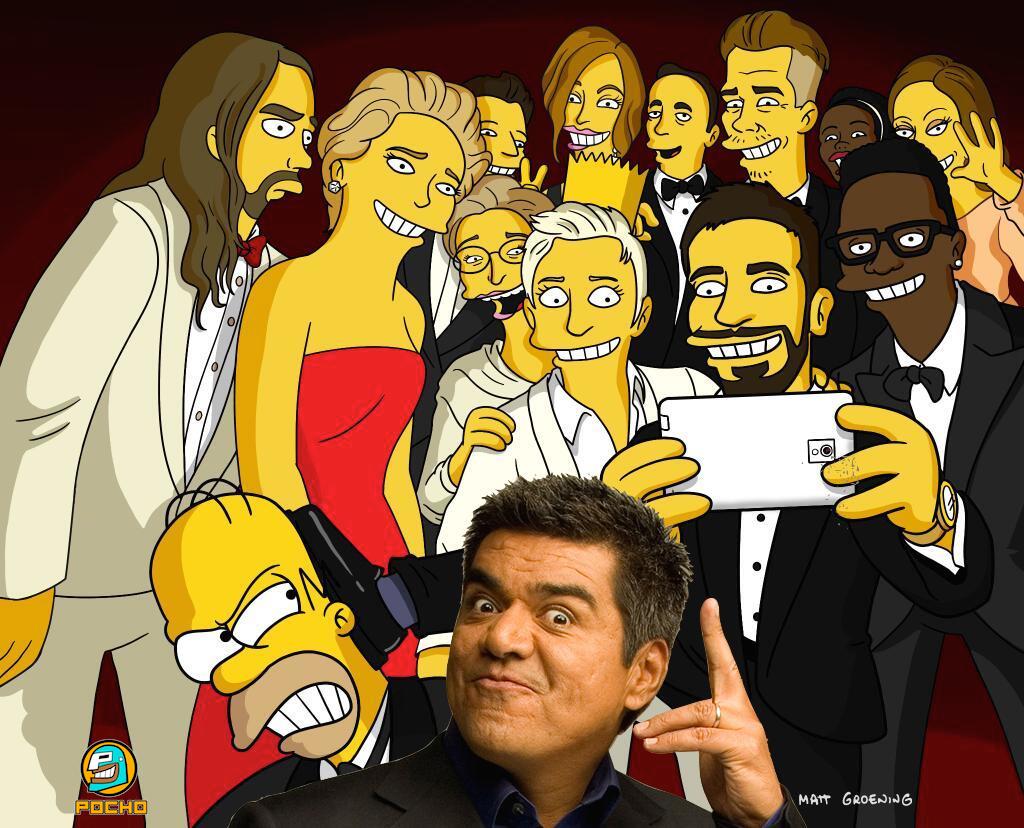 Based on a Matt Groening toon Tweeted by The Simpsons. [Click on the image to enlarge.]

Mas…So did you hear about George Lopez at the Oscars? (toon)

George Lopez had some choice words for Hate State of Arizona Marciopa County Sheriff Joe Arpaio in his HBO special Saturday night. Sheriff Joe has oinked his objections and wants Lopez to say it to his snout, err, face. (Bad words bleeped.)