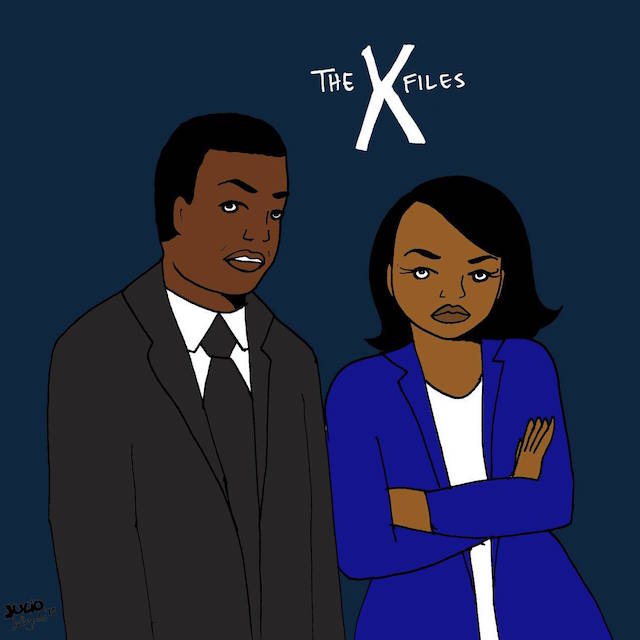 In a new online gallery, Bay Area artist and DREAMer Julio Salgado reimagines some all-time TV favorites with people of color, like this screencap from an imaginary Equis Files.

“Fox Mulder and Dana Scully,” he writes, “come back in the forms of a former Black Panther and Brown Beret who investigate forgotten files that kept tabs on POC activists.”

What the heck is going on in Brazil? Two crop circles in one day?

Two crop circles have appeared near the town of Ipuaçu in the state of Santa Catarina, Brazil. Local UFO researchers are convinced they are not man-made and have put up a $20,000 reward for anyone who can prove they faked them.

Mas…WTF? Brazil gets two ‘crop circles’ in one day (video)

OpenMinds.TV reports: “The Navajo Rangers have been modestly performing their duties on the reservation for more than 50 years…[and]…their investigations have included UFO sightings, paranormal cases and Bigfoot.”

In March, the Rangers’ work attracted the attention of the news team at the local CBS TV station. Here’s their exclusive news video: