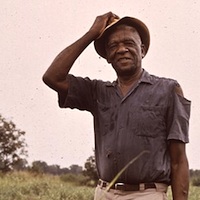 Fellow organizer “Uncle” Ray Moss (1918-1975) liked Chavez’s strategy, but felt a rutabaga boycott was a tactical mistake, since WTF are they anyhow, and who would miss them? After several all-night arguments, Moss convinced Chavez to switch crops, and the fabled Table Grape Boycott — which led to the victories of the United Farm Workers — was born.