In the early 1930s, Frida Kahlo joined her (at the time) much more famous husband Diego Rivera in Detroit, Michigan, where he was prepping murals. The Detroit News caught up with the couple and the resulting feature story is in a new exhibit at the Detroit Institute of Art.

“Senora Diego Rivera,” as she’s called in the article, didn’t let Diego hog the limelight, even though she was dressed in a “foolish little ruffled apron.”

“Of course he [Diego] does pretty well for a little boy,” she told reporter Florence Davies, “but it is I who am the big artist.” 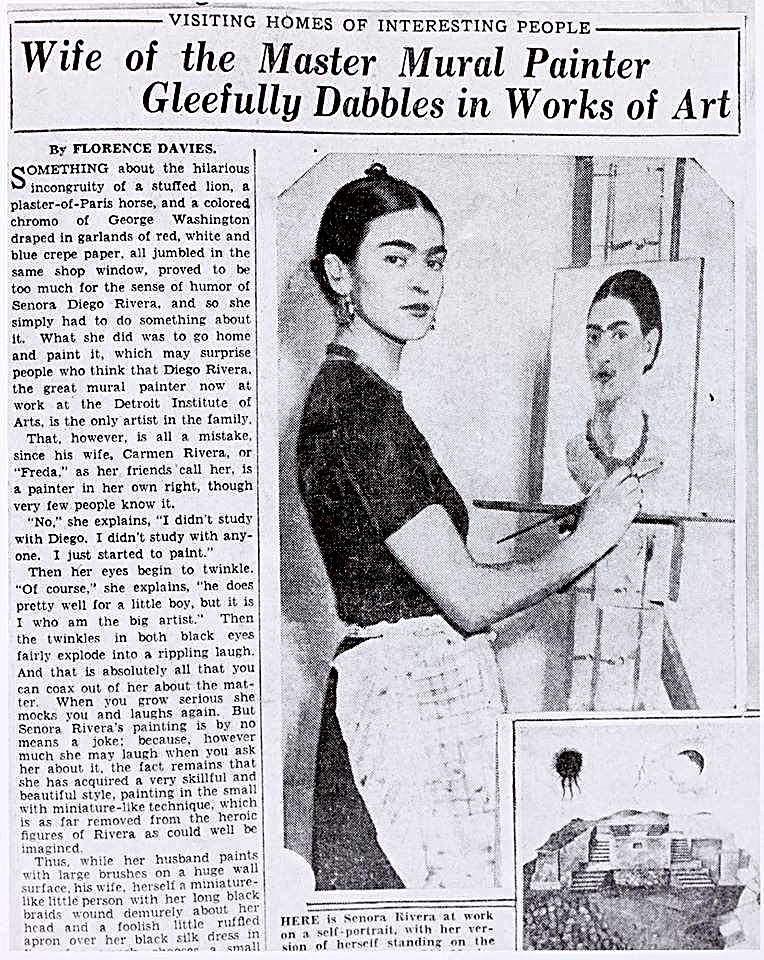