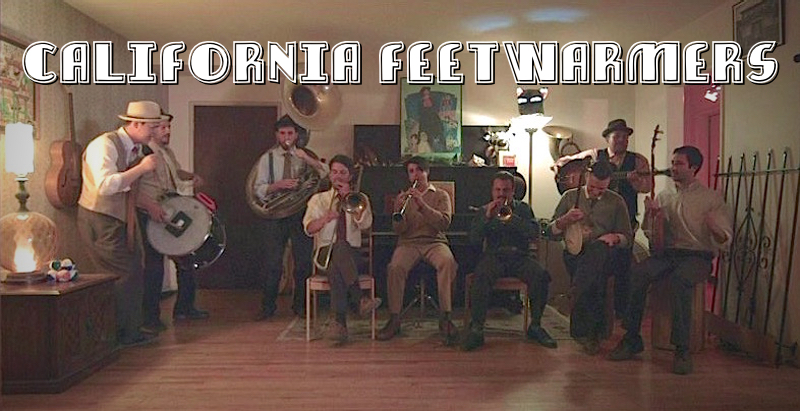 Throwback Thursday #TBT takes us back to the “jazz age, the Roaring Twenties” as The California Feetwarmers perform live in DTLA’s historic Union Station with the dance troupe LA Shag. The song is San:

We like At the Jazz Band Ball too. It has the Sousaphone/tuba set on STUN, and after the breakdown they build it back up up and away:

This one’s cool, too. It features more modern (late 20s early 30s) chords and barbershop-style harmonies in a medium tempo foxtrot. (That’s what it would say on a 78 RPM record, anyhow.) It’s called Moonlight Bay:

Thank you EastSide Luv Wine y Queso for the link.