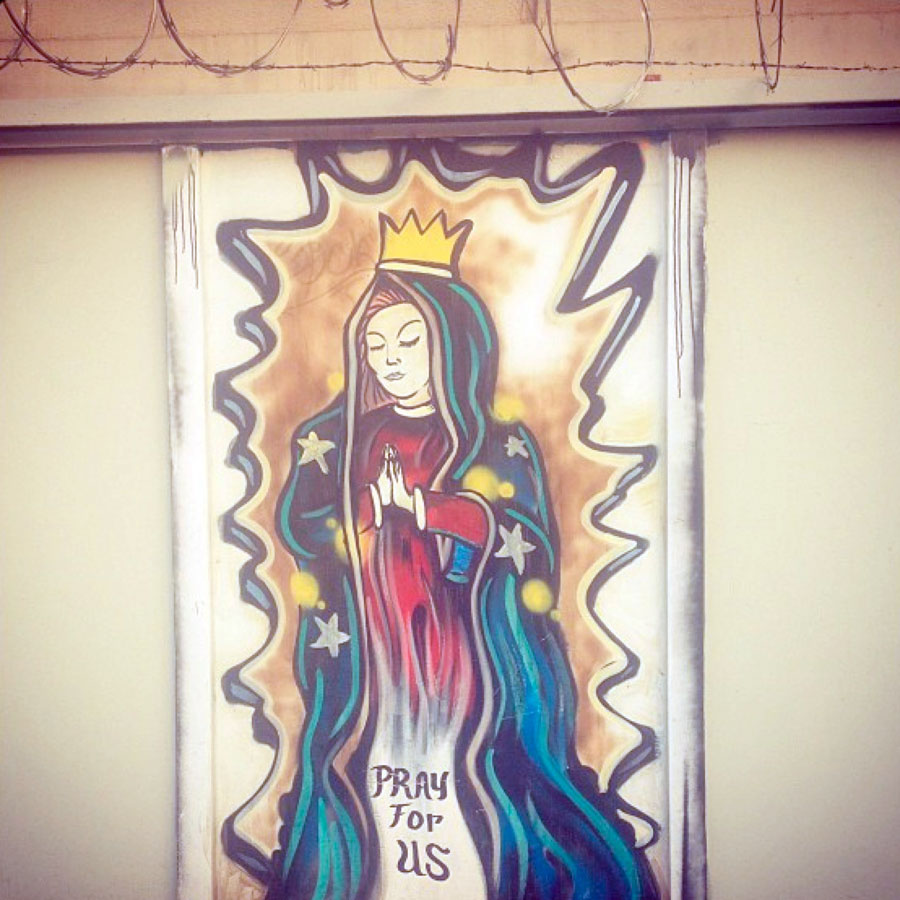 A rose grows among the cracked sidewalks, of
the tear stained barrio streets, where happiness
is a luxury and can easily be lost forever. While
deep in their thoughts a young Chicano couple
are falling in love.

A painting of the Virgin looks down upon streets
which are so far from heaven, yet not so far away,
from hell. Young men strut like roosters, each
wanting to rule for the day, while their women
willingly look to sell their soul for the poison
which temporarily takes the pain away.

Near an old bridge the young couple tries to blend
into its surroundings, far away from prying eyes,
they hide. While an elderly man sells watermelon
helados from a push cart that has seen far better
days.

The young couple is oblivious to the drama being
played out as they steal a playful kiss. Meanwhile
an older couple passes by arguing about money
that runs like water through foolish hands.

Soon the afternoon sun, is swallowed up by the
night, and the barrio streets become transformed
by the sound of music coming from dimly lit smoke
filled bars. Still, the young couple remain lost in
their own world.

As they share their intimate feelings, they promise
to meet there again the next day. Then after a final
kiss and two forlorn sighs they go their separate
ways. As the final rays of light disappear, both the
rose and the virgin are covered up by the darkness.

Gradually between the hustle and bustle, of cars
trucks, and people upon the noisy barrio streets,
the memories of the day are slowly being erased.
But even so, the virgin and the rose remain.

About Frank Solis:
Frank Solis is a Chicano writer who is working to inspire Chicano and Hispanic youth into seeking a higher education, so that they may reach for the stars!
Author’s website

Reprinted with permission from our friends at LatinoLA.com.