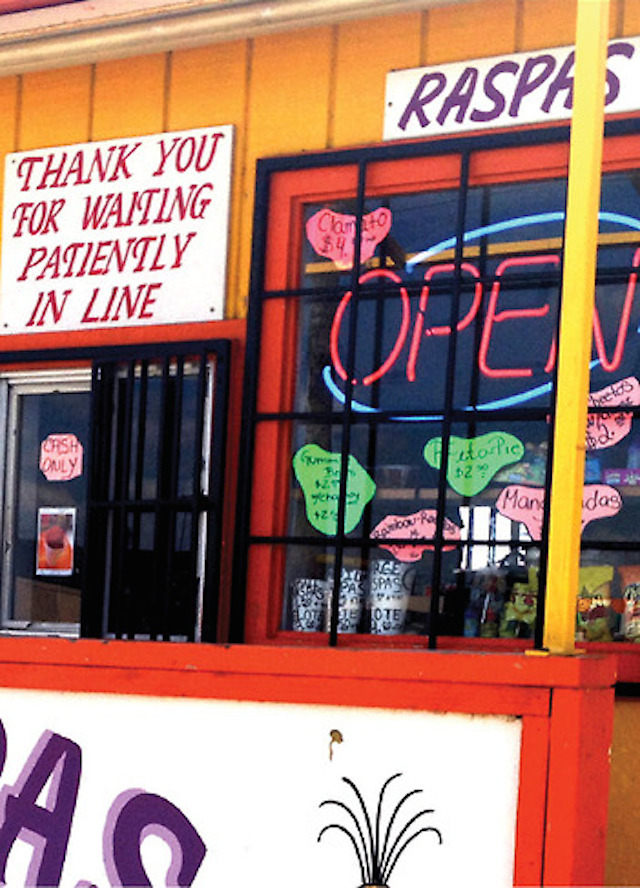 (PNS reporting from EDINBURG, TX) Eddie’s Raspas, the sunny yellow shack out on Sprague, used to be the place to be on a scorching Valley afternoon.

“People would come from all around and say, ‘Eddie, which of your five delicious flavors shall I have today?’” Eddie Cardenas recalled fondly. “It was great.”

Until six weeks ago, that is, when an electric-blue trailer moved in across the street.

Cardenas said that newcomer Chuy’s Famous Raspas is stealing his business, and shaming the shaved ice industry as a whole.

“It’s trashy,” he said, speaking over the pop music coming from the nearby trailer. “You give people so many flavor options, they feel paralyzed! Now I’m hearing whispers about burritos and Frito pies? It’s war, I’m telling you.

Customers outside of Chuy’s were enthusiastic about the new arrival, many proudly volunteering their favorite flavors and combinations.

“Ice cream? You’re going to put ice cream in it? You’re ruining it!” The 53-year-old added that he had many loyal customers who felt the same way. None arrived at the business to comment.

“You can’t call it a raspa anymore, the way he’s doing it,” Cardenas declared, wiping down the syrup bottles for the third time that hour. “This new generation, they don’t respect tradition.”

Then he stared out of his dusty drive-through window, squinting. “I bet he’s got a window unit in there.” 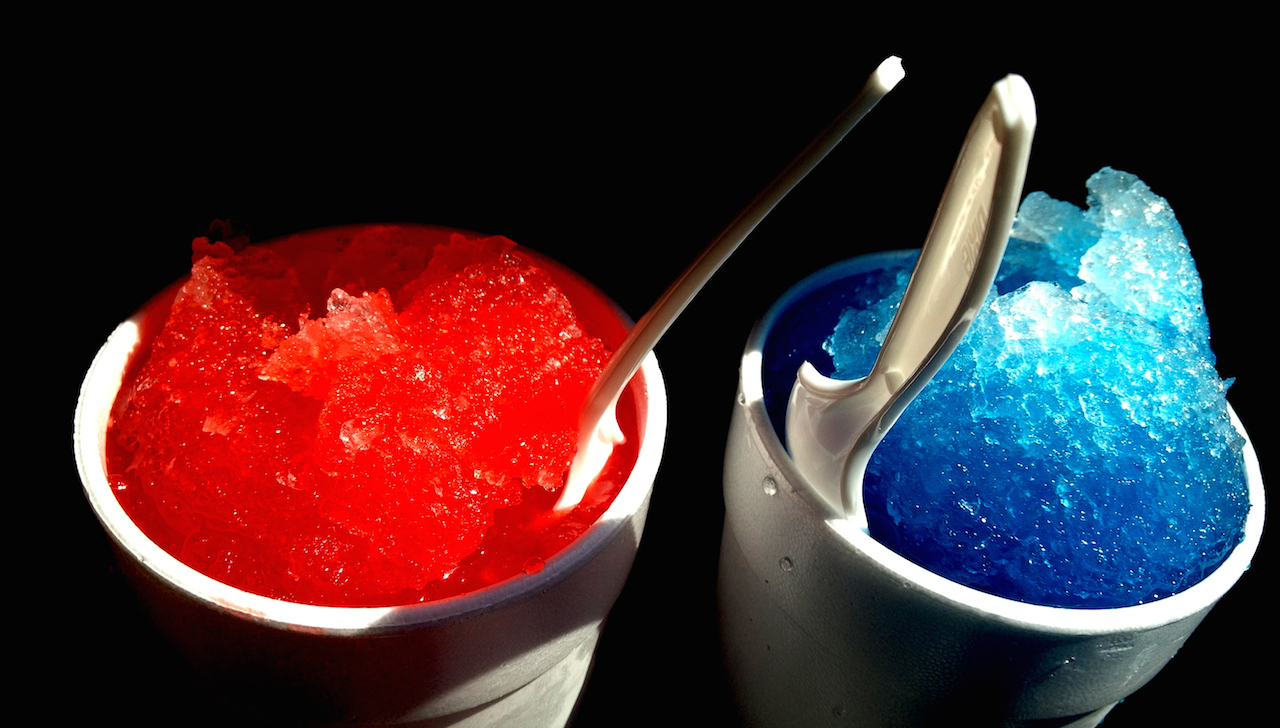 This story originally appeared in The Valley Lemon and is reprinted by special permission. All rights reserved.