The large collection of twelve airborne objects halted all aircraft from taking off or landing for three hours on February 12th at 7:38 pm local time. The event was leaked only days ago to the media by Ufologist Mario Zegarra, who was provided with documents from CORPAC, the corporation which owns and operates the airport.

According to Zegarra, the radar tower was engaged in communications with pilots diverting them to another airport due to unusual radar activity. Zegarra stated,

The Jorge Chavez airport radar captured 12 unidentified echoes on its screen. Each identified with code 0000, which means a UFO…

Zegarra states that he heard recordings of the conversations between the control tower and the pilots, but those have yet to be released to the public. 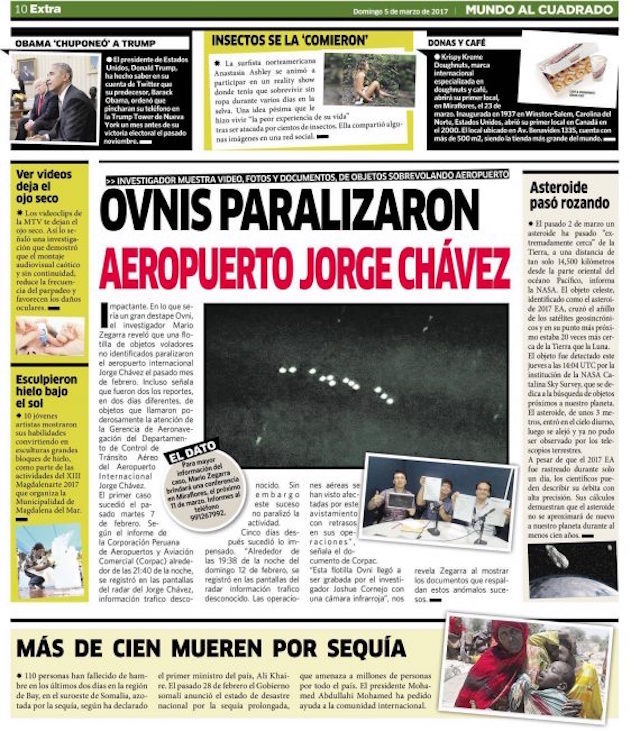