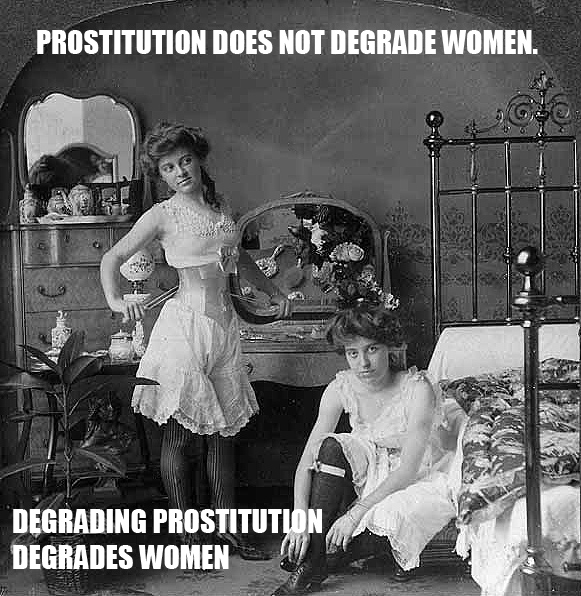 Here we are again, back on the old women are sluts kick. Or are we just still on it? Long before Rush Limbaugh ignorantly berated Georgetown law student Sandra Fluke, the tide has been rising against woman’s liberties. Limbaugh’s comments are just a caricature of the right-wing push back. The war on Planned Parenthood, defunding educational programs for unwed mothers, vaginal probes, bans on contraception; it’s like two steps forward 99 steps back.

In high school, I never really worried about my reputation. Girls in general did not throw the word slut around lightly. Of course, this was all-girls Catholic school, so it was expected we would all be sexually active (this is a joke, I am being funny).

Each year, at least one girl turned up pregnant. I can remember one case that ended in expulsion and one case that stayed hidden to term (she was petite). Neither time did we verbally assault her, it was more like “sucks to be you” — the teenage equivalent of sympathy.

If you want a girl to keep a pregnancy rather than have an abortion, stop shaming her for being sexually active. Prior to Roe v. Wade, (white) women who had children out of wedlock had scarce means to support themselves and were deemed unfit to marry. They were left as a burden to their families, at times even sent away to institutions and labeled insane. Having a child was basically a jail sentence, a lifetime of shame and poverty. If society had been more supportive (or if women had more opportunities to make money), the need for legalized abortion would not have been so urgent (of course, it was a totally different experience for women minorities).

Forget about Christan values, the right wing doesn’t want you to have an abortion because babies are consumers. The use of Christianity by the right to disguise darker, hypocritical motives is revolting. The majority of girls who drop out of high school do so because of pregnancy. Lack of eduction usually ends in lack of financial means. Teaching only abstinence means keeping the poor uneducated and ultimately, poor.

Conservatives love abstinence (as long as someone else is practicing it). Two hundred thousand years of evolution would teach otherwise (how convenient, they don’t believe in evolution). It’s the year 2012, why is anyone astounded that teenagers are having sex? Sadly, it’s not the teenager part, it’s the teenage girl part.

Women, girls especially, are not suppose to like sex. They are the ones burdened with “no” for the sake of an archaic notion of purity. She shouldn’t act in a certain manner or dress in a certain manner because men will get the wrong impression. This is just another form of controlling women. Would I let my daughter go out dressed like a slut? The more important questions is would you let your son go out knowing he’s a rapist?

To this day there are men who are threatened by female sexuality. They believe male virility is a god-given gift. It is the secret strength that fuels men to lead, to advance society, build bridges, conquer nations, defeat enemies, and steal their women. It gives him free pass to treat women like sexual objects because ultimately, he is leading us forward, libido as a secret weapon. If a woman has a sex drive, than she too can conquer nations and lead society.

No doubt, Mr. Limbaugh’s comments were aimed to get publicity. Telling an Ivy League law student to put sex tapes on the internet in return for birth control coverage by health insurance is nothing more than a plea for attention. But in that plea, people have been hurt, society has been hurt. Calling Ms. Fluke a slut and a prostitute simply for doing what’s right, shaming women for wanting control of their bodies hurts everyone.

Furthermore, Mr. Limbaugh might not want to be so critical of prostitution, considering it is probably his only means for sexual relations.

Women need control over pregnancy, not just in the US but the world. We no longer have to accept the shame and judgement of others who frown upon female sexuality. No mean no and yes means yes. Let’s take a moment to embrace this and move on to more important matters, like being decent human beings.

Peruvian-born Elise Roedenbeck is a professional geek by day and a stand-up comedian at night. The slut thing didn’t work out for her.