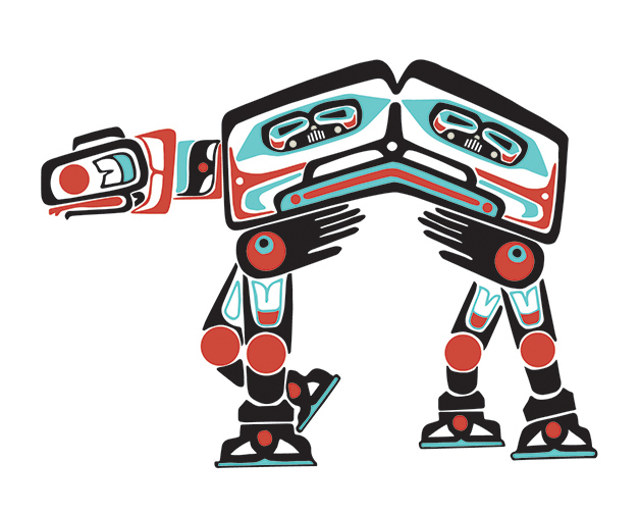 Artist Scott Erickson re-imagines Star Wars iconography in the style of the natives of the Pacific Northwest:

We each live out our lives, as an amalgam of intertwined narratives, rooted both in chance and intention, influenced heavily by our environment. The Northwest’s distinctive sense of place, stems significantly from the visual gifts of the Indigenous Tribes of the Pacific Northwest Coast. Juxtaposed against a modernizing landscape, their sacred icons are pervasive as rain, depicting narratives as much from long ago, as they are from right here and now.

For Scott Erickson, these images contributed to his formation as an artist, most profoundly, as a seer. He envisions bridges to be built, that span the spiritual, historical, and cultural chasm between indigenous cultures and “mainstream” pop culture.

What is sacred, what is art, and culture clashes over the ownership thereof, is being hotly debated, again, from the partial return of stolen Hopi ceremonial vestiges by unscrupulous auction houses, to The Monuments Men’s revisitation of cultural art crimes and resulting restitution struggles for their return, ie: Lea Bondi with Egon Shiele’s Wally.

It’s in this space between a divisive past of non-dignifying cultural oppression and our present role in imagineering a more hopeful collective future that Erickson presents a graphic alternative history that unifies under-popularized historical indigenous myths with an over-popularized fictional space epic. The enduring elegance of symmetry and traditional color palettes amplify his meticulously rendered mask-like icons of our favorite villains and heroes, that transcend both pop culture satire and our preconceived notions of what’s sacred, in art exhibition, in cultural and historical narratives.

They invite us to join a new force that pays honor due to the cultural sources of storytelling and their art techniques, while exploring our individual and shared narratives with greater imagination, innovation, and creative freedom. 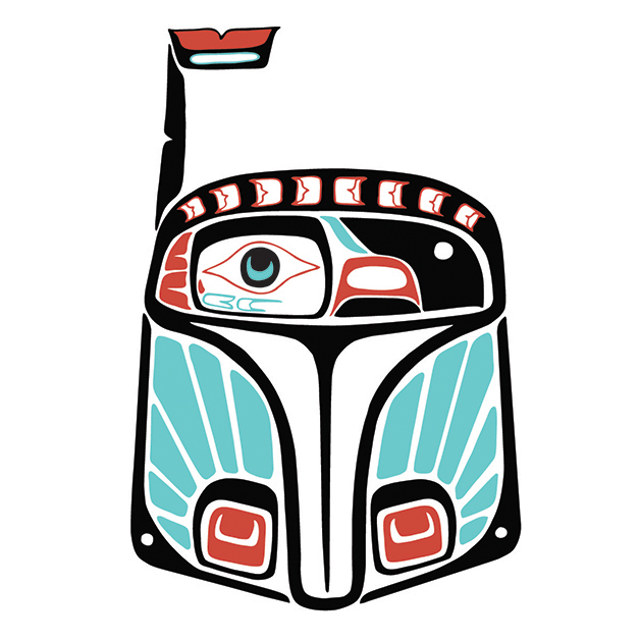 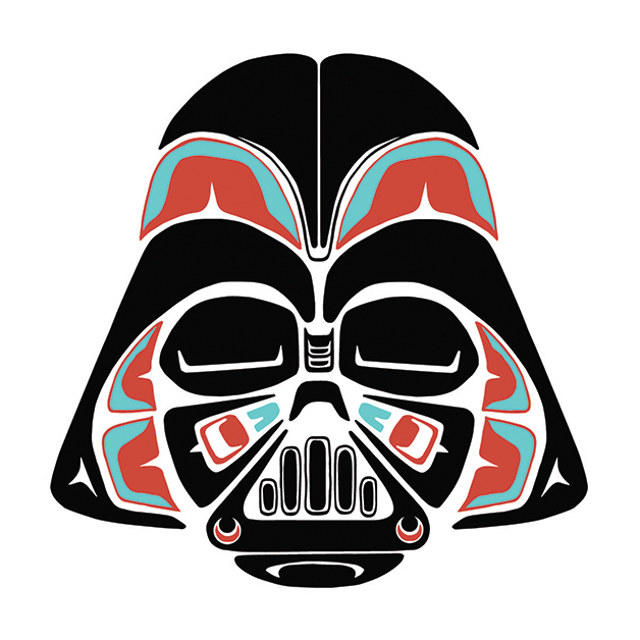 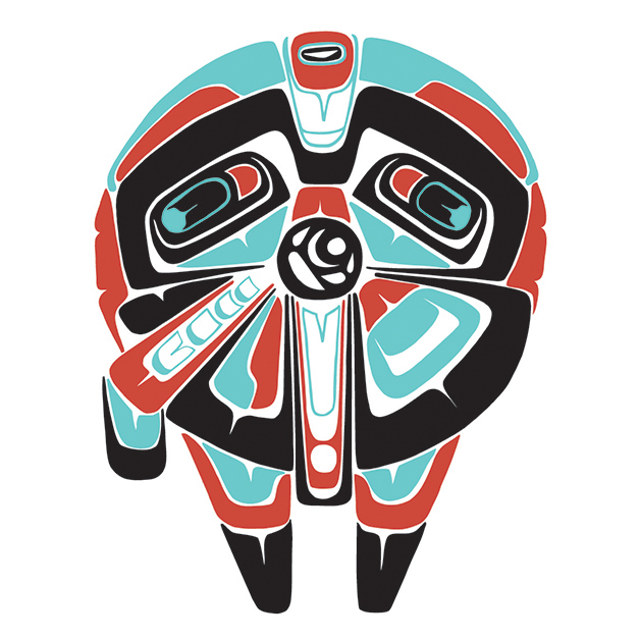 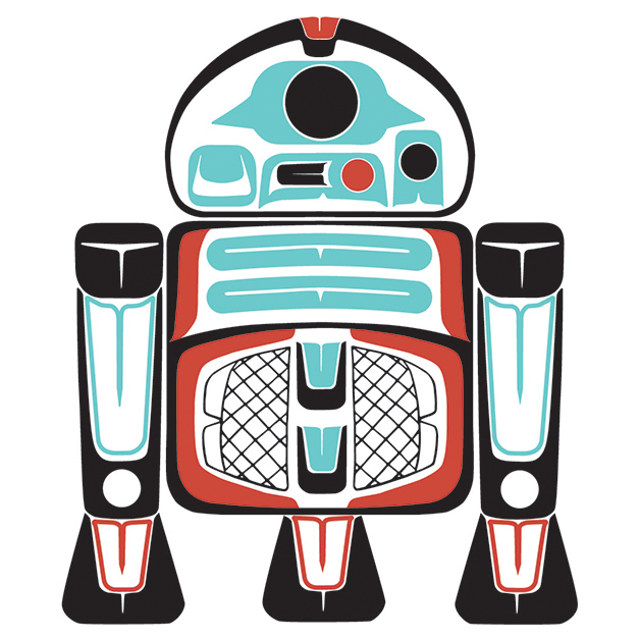 You can buy prints at Erickson’s site.