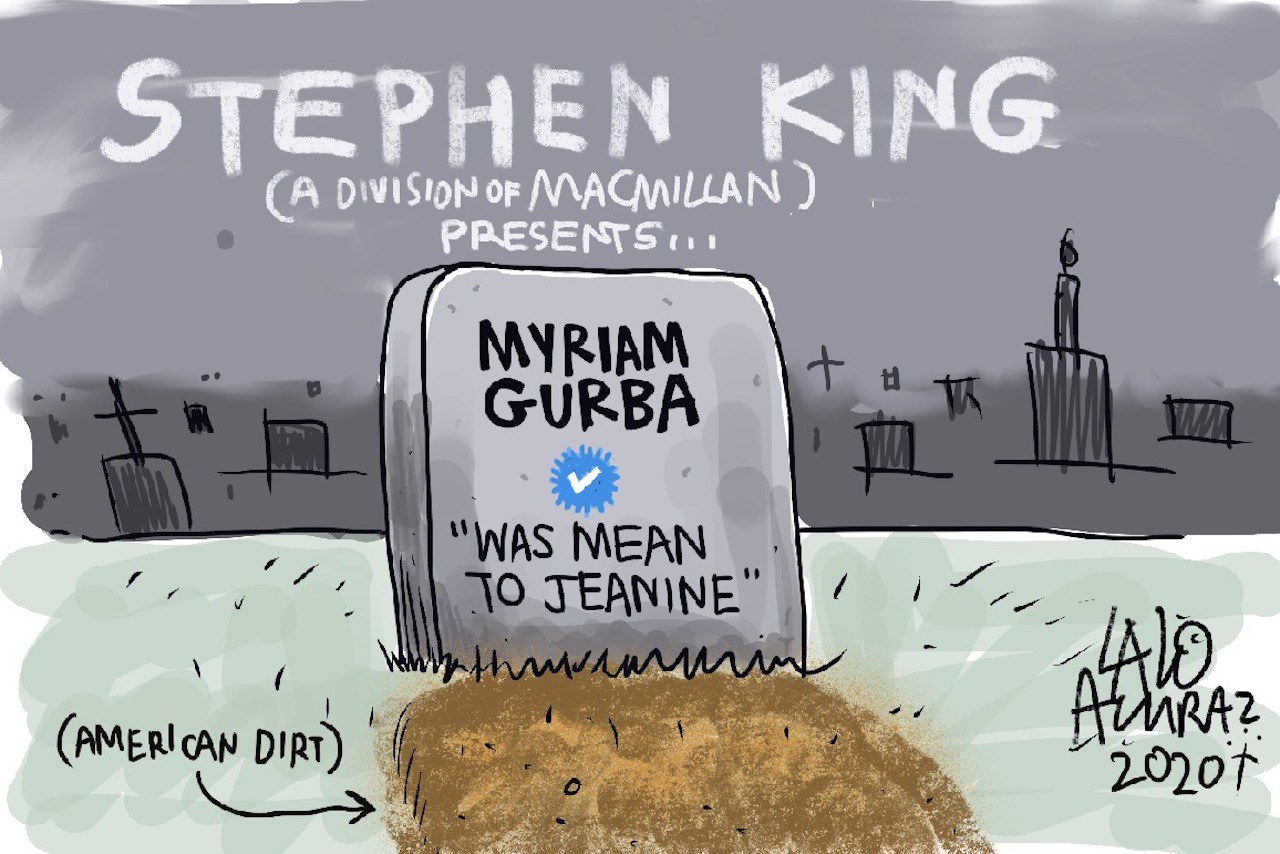 In late 2019, Chicana writer and Long Beach pocha Myriam Gurba took down the book darling of the American Publishing Complex so hard that Oprah’s ears are still ringing. 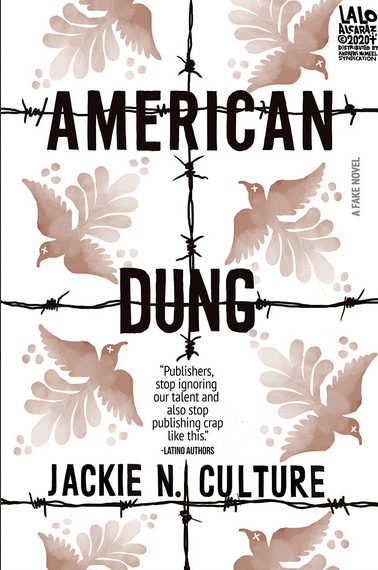 Gurba’s fantastically scathing review eviscerated American Dirt, a schlocky, pulpy, highly inaccurate novel written by a white woman and hailed by industry shills as “The Great Novel of the Americas” – looking at you Sandra Cisneros!

Myriam’s “too negative for Ms. Magazine” review (Ms. originally commissioned it, then stupidly declined to publish) was like a bunker buster bomb dropped right into the lily-white halls of New York publishing.

Criticism of AD erupted online, leading to the cancellation of the author Jeanine Cummins’ book tour, apologies and reversals from now guilty celebrity endorsers, and death threats to Myriam from white book bros and a Karen who chided Myriam about the lack of a blue checkmark on Twitter. ☑️

This lead Myriam to joke on Twitter, resulting in the above cartoon as a small token of appreciation for the woman who fired the first shot.