Experts from Argentina’s leading ufologist group Vision OVNI are investigating strange skid marks where some say an objeto volador no identificado landed in a farmer’s field in the northeastern province of Santa Fe.

Inexplicita explains the inexplicable this way:

A cornfield that appeared to display strange marks caused astonishment to many citizens of the town of Pujato… The event prompted a visit from member of Visión Ovni, the Victoria-based group devoted to the study of unidentified flying objects.

On 5 April, cornstalks standing 2 meters tall were found flattened in the same direction in the middle of a lot. The field is some 2 kilometers distant from Route 33 and the marks were found by Rubén Marelli, the owner, who presented a complaint on the following day…During a field survey, they found a trail measuring 2.10 meters wide and nearly 600 meters long, which presents side trails that open and mark a sort of figure eight, doubling back on themselves.

Scroll down for two big photos of the tracks. What do you think? 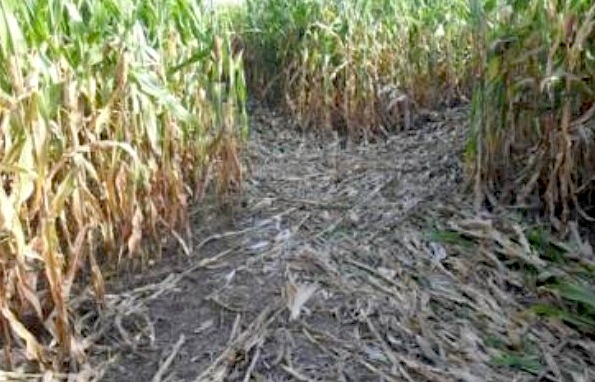 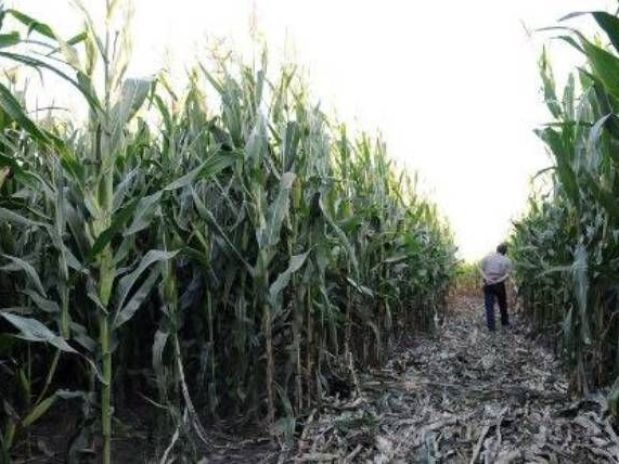 Click here for the original news report from Argentina.