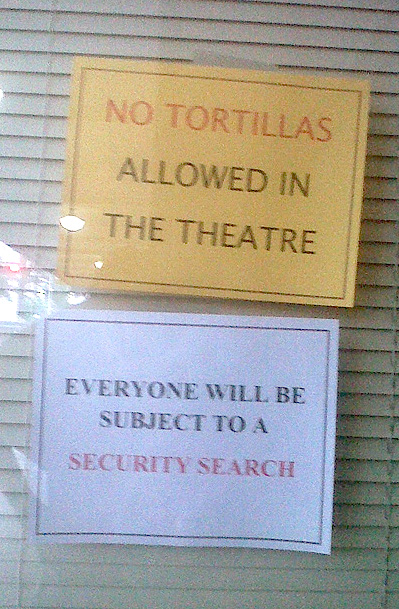 U.S. Latinos went to the movies in 2013 way more often than other ethnic groups, according to the Motion Picture Association of America. Latinos are 17% of the population but account for 32% of moviegoers who went to more than one movie a month.

Here are the Pocho Ocho reasons why Latinos are Hollywood’s best customers:

7. You can sneak in your own meal

6. Fewer crying kids than at a birthday party

3. Unlike Facebook, you are pretty damn sure you won’t see other people’s baby movies

2. You can shoot people who are texting*

EresNerd and Maria Purisima contributed to this report.