It is classic R. Crumb fare, a cover for Zap #8, 1975, featuring a psychologically befuddled protagonist (he appears to have auto-trepanned his brain in order to ferret out some sort of existential conundrum), and some top shelf Crumb lines and colors. But what caught my eye in this issue, which I don’t own – one of the few – is the Mexican kid in the window looking to make a dime.

It’s not offensive, really, though the affected “Mexicanized” pidgin English might move one to think so at first – I was actually moved by it. 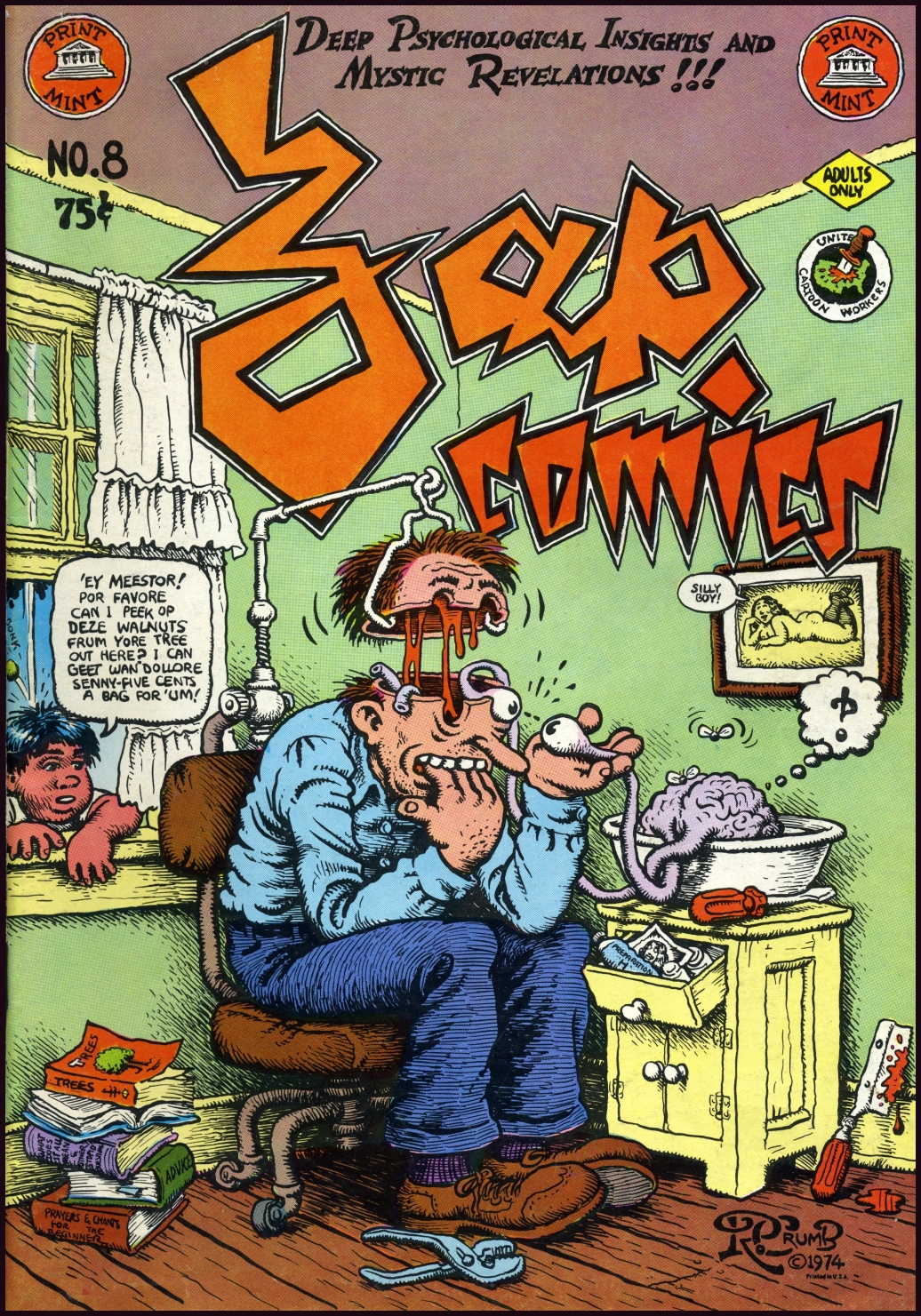