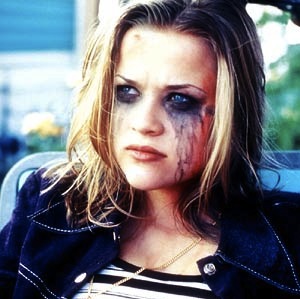 (PNS reporting from ATLANTA) Reese Witherspoon trotted out her East L.A. roots over the weekend after her husband was arrested for driving under the influence of alcohol.

“Who do you think you are?” Reese demanded during the traffic stop. “You can’t treat my man like that! Do you know who I am? If you don’t know now, you will soon, cabrón! Ain’t nobody mess with my man but me!”

Witnesses said Witherspoon’s head bobbed back and she waved her arms erratically.

From the police report:

You don’t know me — you don’t know my family. You can’t do this, just because you ‘say’ he broke the law. Since when is having a drink and driving illegal? You’re just racist against white cholas! Dirty pig, don’t touch my man there, that’s my property!

Police restrained Witherspoon and placed her in a squad car, which resulted in more shouting, but ultimately led to her quietly sobbing and talking to herself about her hard childhood and how no one understands her.