Magali Garcia’s I Need tells the story of a girl who is always looking for something else. Will she ever get what she wants?

Mas…I NEED: This girl is always looking for something else (video)

Do you have a problem with flies? Don’t worry, because now you can kill them easily — the Mexican way. [No flies were forced to drink tequila during the making of this video.]

Amarillo by Ana Pérez López considers the banana, a fruit that has been part of our cultural history for centuries and is now threatened by extinction through monocropping and a looming epidemic. López is an MFA candidate at CalArts.

Our hero Speedy Gonzales, Mexico’s fastest mouse, gets a simplistic but interesting bio in this short video. It’s cool to see the initial cartoon version of the rascally rodent (photo), and his later pairings with Daffy Duck. And the quick coverage of the “offensive stereotype” issue gives us this great screencap of Warner Bros’ Official Cover My Ass Statement:

Moby and the Void Pacific Choir think everything has been going wrong In This Cold Place. Are they pointing out one Orange Cheeto guy as the guilty party? The so-called “alt reich” hates that shit! [The video by Steve Cutts features amazing homages to classic superheroes, animated TV series, old video games, and even modern anime (especially mecha).]

El Empleo/The Job by opusBou is an award-winning short animation from Argentina. Please don’t watch this before you leave for work, or you’ll be late for the bus. 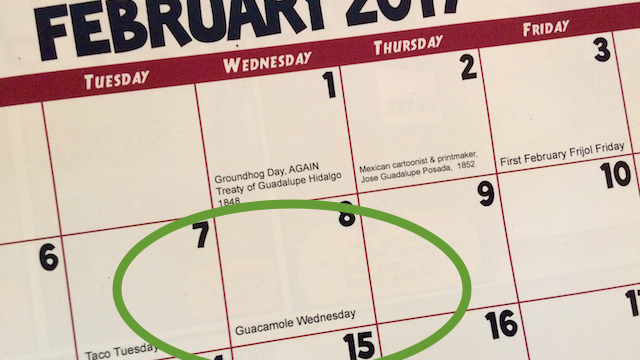 A surrealist journey through colors and shapes inspired by the poem Romance Sonámbulo by Federico García Lorca. Visual poetry in the rhythm of fantastic dreams and passionate nights inspired by the biomorphism of Joan Miró. [short film by Theodore Ushev.]

“What are piñatas thinking about when they’re waiting on the ceiling of the mercado?” asks Lucia Ventura. She answers her own question with this “storyboard pitch for a short film about a paper maché donkey who chases after the one who got away.”

The word “Nazhé” means “seed” in the Mexican Zapotec indigenous language and inspired this short animation about the cyclical nature of life and death. [Video by Chilango artist Fafer Reyes.]

Animator Steve Cutts rocks the Max Fleischer-inspired 1930s-looking visuals as Moby & The Void Pacific Choir sing a song of existential angst, Are you lost in the world like me? Can you relate?

The dead not only CAN dance, but they DO dance in Viva Calaca, an animated short based on the Voltaire tune from 2007. [Video by Ritxi Ostáriz.]

The Four Most Important Jews in History are back from the dead just in time for Dia de los Muertos. Can they all just get along? [Video by Abraham Luna.]

In Suffer, from GastarBetter, repeats a valuable lesson: Keep your eyes on the road, especially if you are wearing a crazy sombrero and driving a rocket bike across the desert. 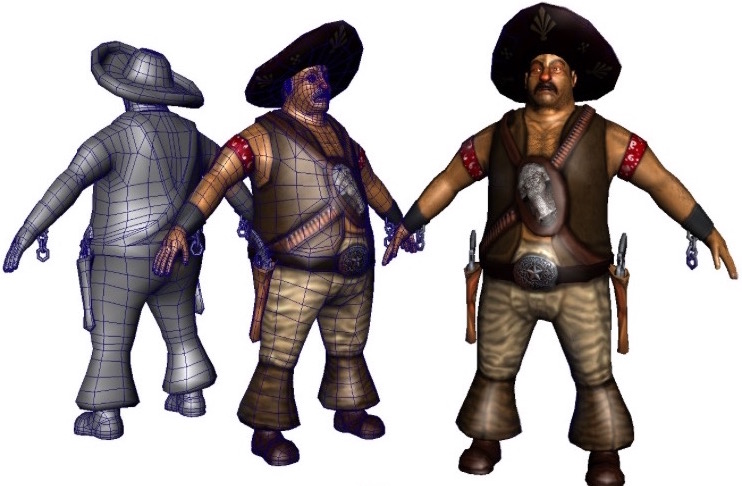 Looking for a Yucatan oven-baked tamales for Dia de Los Muertos? It’s easy when have a magical animation kitchen. 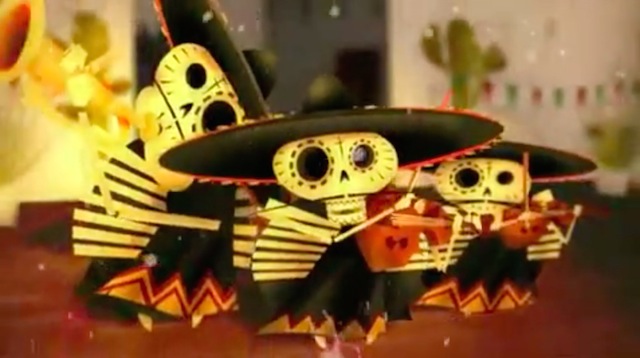 In Viva Calaca, an animated short based on the Voltaire tune from 2007, the dead be dancin’. [Video by Ritxi Ostáriz.]

Mas…¡Viva Calaca! It’s not only Dia de los Muertos, it’s Day of the Dead, too! 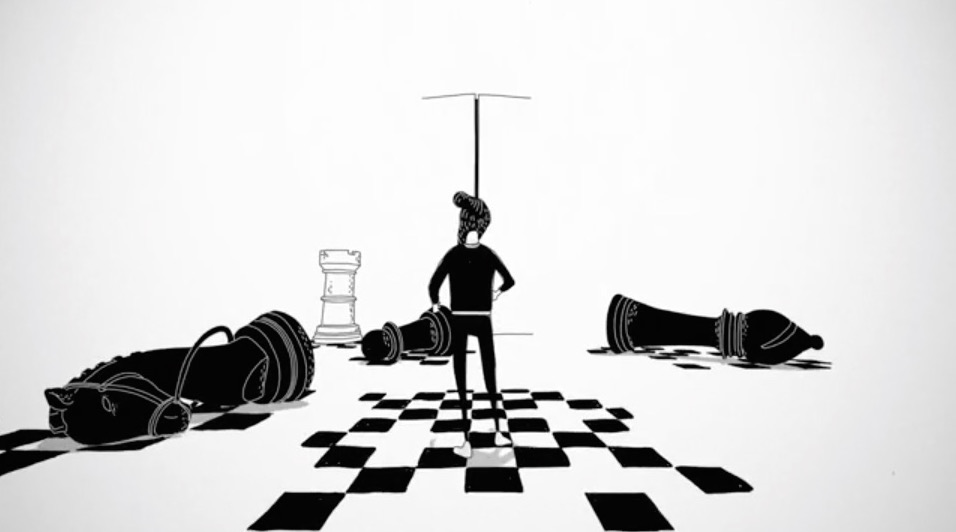 A wandering Everyman arrives at a metaphysical gate, controlled by a fearsome Guardian. He tries to pass through, but is denied.

Everyman and Guardian, however, are the same person. Each of us must confront his own fear, or else the shapeless Guardian who controls us will close the doors on the possibilities of our lives. We have nothing to fear, tu sabes, but fear itself. (Also mind killer.)

Mas…It’s almost as if Escher animated a Kafka story: ‘The Guardian’ (video)

A Bay Area taco makes the most of his mellow until a magical Crown of Bling gives him a more energetic lifestyle – for a while. But you Don’t Hate the Player, Hate the Game.