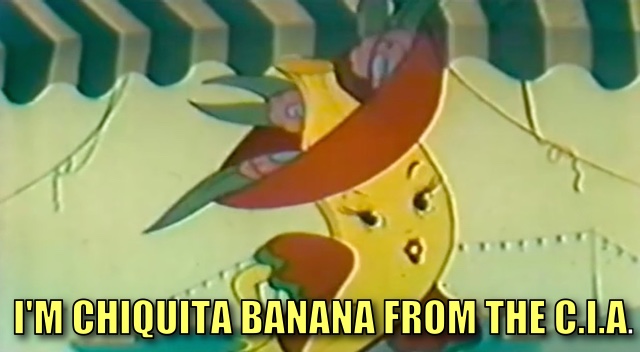 Why are imported bananas so cheap while apples grown next door are expensive? I’m Chiquita Banana and I’m here to say: I’ve got your answer and it’s CIA.