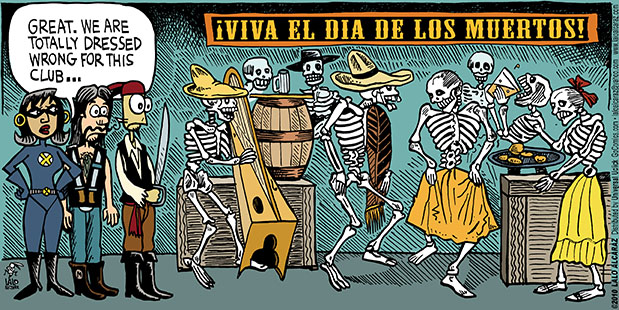 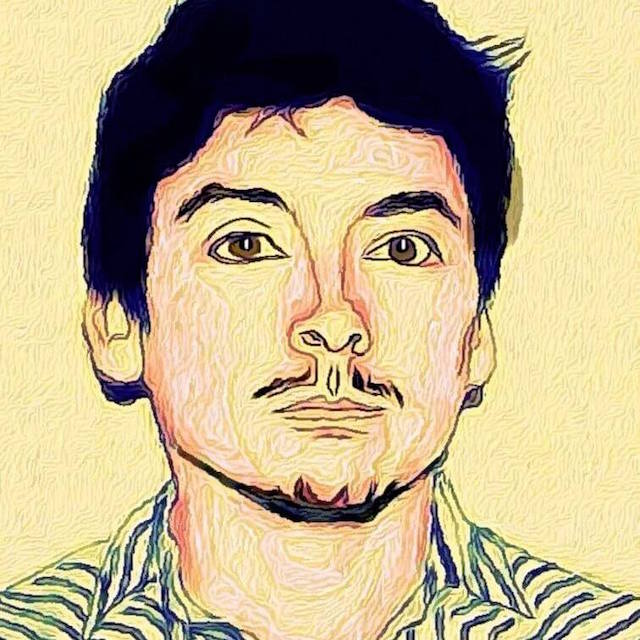 0:03to my left is Appalachicano see & down the canyon just six miles in
0:07a thousand people oh it’s citizenship—
0:09one senses the isolation of citizenship in Appalachicano seen the twin mining
0:13communities nestled in the corner mountains—
0:15the history this area has been a history of struggle—
0:18labor struggle—
0:21do—
0:25do—
0:28since the turn of the century—when the club dinner in A district was the first
0:31major coal producer in Kentucky— 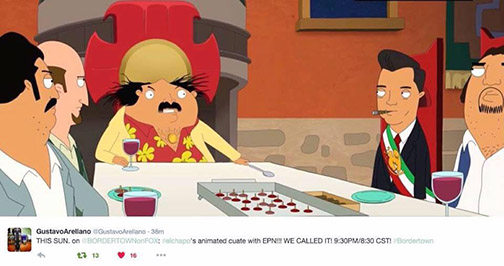 I have been a Chicano political cartoonist forever. I know, I know, it’s God’s work, you’re welcome. Now, all of a sudden I’m a primetime TV writer and producer. Huh? Yes, the last two years in my life have been a super WTF. With ten percent LOL. #facepalm

Like it or not, I am now part of a historic pop culture moment: the first season of the first animated primetime TV show featuring a large cast of Mexican and Mexican-American characters: Bordertown.

Mas…A funny thing happened on the way to ‘Bordertown’

Before there was Bordertown, there was The Culture Clash show. Only about TWENTY-SOMETHING YEARS AGO, so SUCK IT humorless haters!

(It was my first showbiz writing gig!) Big props and eternal thanks to the Culture Clash guys!

And before all of us, there was LALO GUERRERO doing Chicano satire, hell, INVENTING it! Check out Guerrero’s singing There’s No Chicanos on TV!

A lanky British guy got lost driving in L.A. because Google Maps; lucky for him, he ended up in friendly East Los Angeles.

PREVIOUSLY ON LOST IN TRANSLATION:

Mas…Briton Jim Tavaré is a comic and cholo playa (video)

Enjoy this hour-long compilation of skits from the pioneering Chicano Los Angeles comedy troupe’s television program. LOLz guaranteed or your money back. 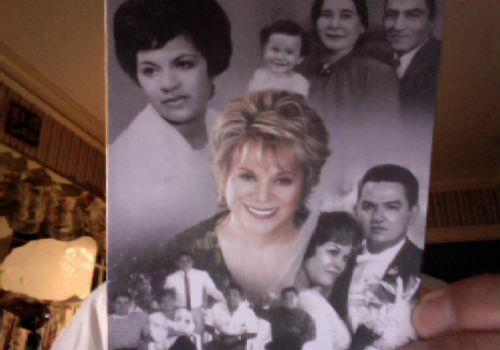