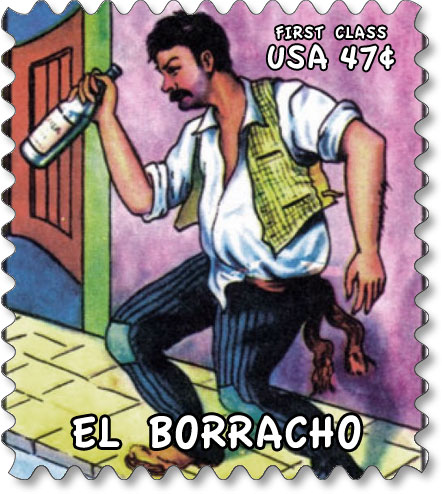 The El Borracho stamp kicks off the Hispanic Male series, the brainchild of Joe Sendembach, who left the Border Patrol to join the USPS as an artist and rose to Director of Creative Services.

“It honors the way us veterans of the MIGRA-Industrial Complex feel about the Hispanic male,” according to Sendembach.

“We plan other cultural stamps along these lines, including  a Drug Mule series,” Sendembach wrote in a press release distributed this morning.