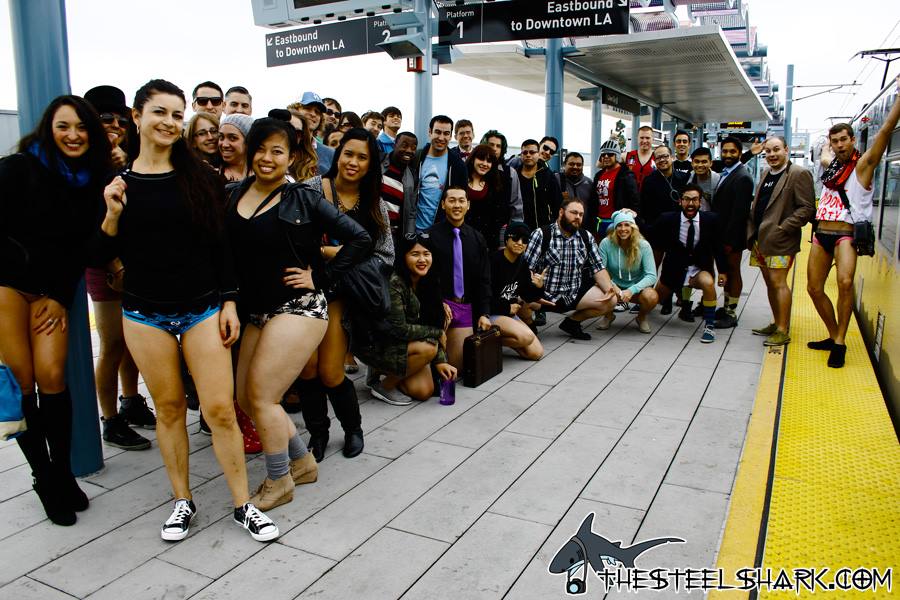 Photographer Dan “The Steel Shark” Cooke braved the chilly 60° L.A. weather Sunday to take his pants off and ride the subway. He brought some friends.