Mas…La Cucaracha Presents ‘Jeff Bezos in Space’ – Can he deliver?

Mas…La Cucaracha: The Amazing Adventures of Jeff Bezos in Space 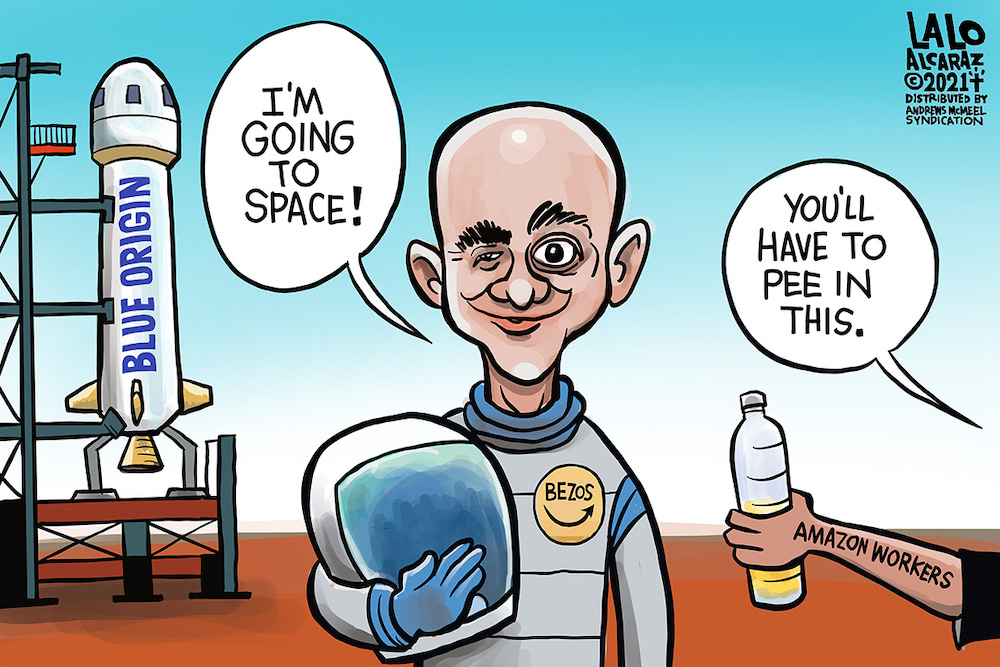 The inspiration flows as Rocky Mountain Mike (plus Steve and Mary on backup vocals) channel the 1967 Tremeloes hit Silence Is Golden in this tribute to the PEE-OTUS.

He’s only a small town dog from Puerto Rico, scoffers say. But seriously, can Charlie Chicken, Canine Artist, make it in the uber competitive New York artistic scene? Charlie’s creations (his mixed media are poop and urine) are regularly featured all across Brooklyn, the short documentary explains.

When you’ve got pee, don’t squat like a bitch — stand up like real male and mark your territory! This chihuahua knows how to stand and pee — or does he?

Mas…Chihuahua marks his territory like a real pisser (video)

(PNS reporting from ALLENTOWN) If you’re a fan of the baseball minor league IronPigs in Pennsylvania’s Lehigh Valley, urine luck next time you catch a home game at Coca-Cola Park in Allentown.

The urinals in the men’s rooms at the stadium now feature pee-powered video game consoles where writing your name as a high scorer is just a zip away.

The screen above the urinal goes into game mode when the user approaches. The games, including alpine skiing, monitor the user’s aim to test their agility and knowledge.

Users will receive their score upon completion, which officials say is an average of over 55 seconds.

Users with high scores will be happy to know that they will be displayed in real-time across various videoboard displays within Coca-Cola Park.