Looks pretty good, actually. A legit chicken teriyaki recipe, authentic pico de gallo/salsa made with grilled piña, and of course everything tastes better on a tortilla. We have three questions, though:

Salvador Santiago demonstrates how he makes tacos al pastor in a video by NOTIMEX, an official government propaganda agency. Still legit, though. PRO TIP: “Trompa” means “horn” and reflects the shape of the meat on the vertical rotisserie spit. The vertical spit — estimated birthdate 1950s — is either from Turkey or Greece or Arab countries in the Eastern Mediterranean, and that’s not an argument where POCHO wants to choose sides. 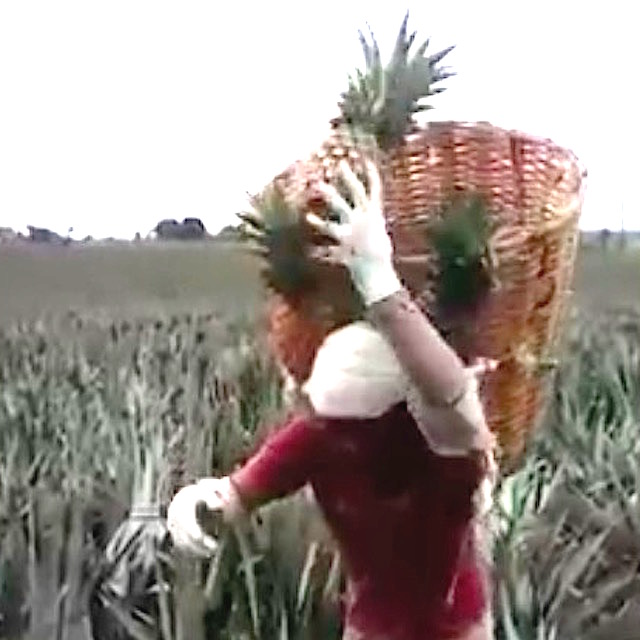 Mas…This is not your pineapple under the sea (videos) 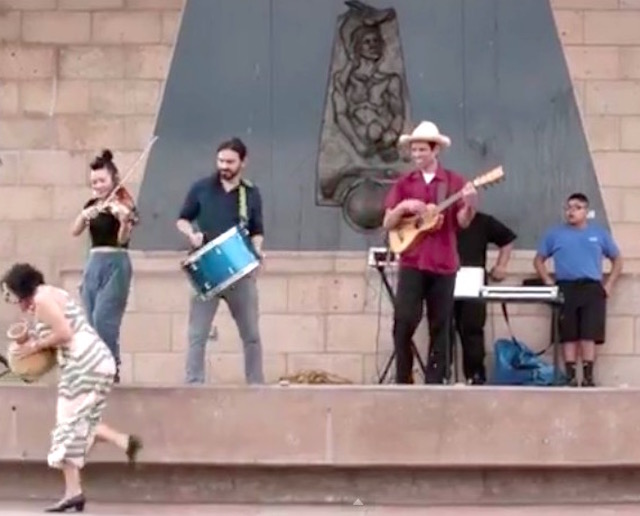 East Los band Quetzal dedicates this video to the street vendors of L.A., the only major U.S. city where street vending is illegal. To learn more about the efforts to help hard-working families like the ones in this video, check out the Los Angeles Street Vendor Campaign on Facebook. Quetzal is the collaborative project of Quetzal Flores (guitar), Martha González (lead vocals, percussion), Tylana Enomoto (violin), Juan Pérez (bass), Peter Jacobson (cello), and Alberto Lopez (percussion).

La Vida Del Taco starts as the Santa Apolonia truck pulls up to its usual spot in New Haven, Connecticut and the work day begins.

You can get tacos de lengua and cabeza here, not just pollo and carnitas. Watch as the truck is turned from a vehicle into an assembly line as the cooks chop cilantro and piñas (!) and pickle chiles and cebollas. And what else? What is the deal with the pineapple? Where did the radishes come from?

Here comes a customer! Wow two nice thick tortillas per taco and whoa that is a lot of pollo! Next dude is hard core and goes for the lengua. Oh man, it looks like every order comes with fries.

He lives in a piña under the sea — Bob Esponja — and this is his cancion.

Mas…Who lives in a piña under the sea? ‘Bob Esponja!’ (video)

(PNS reporting from PUERTO RICO) With construction and testing officially completed on the Large Piña Collider (LAPICO), scientists here are ready to begin their high-tech search for the elusive sub-atomic particle that powers the popular cocktail.

LAPICO is a tunnel 25km (15.5 miles) in circumference in the western half of the island, southeast of San Sebastian (satellite photo, above.) Its ring of ice-cooled vacuum pipes are capable of accelerating a stream of maraschino cherries up to 99% of the speed of light (SOL.)

Once the cherries are launched and precision measuring devices determine they are virtually SOL they are fired into a solid pineapple wedge suspended in a large tank of white rum in a state of Marreri-Cofresí equilibrium. The scattered fragments of the collision are measured by a network of repurposed breathalyzer devices and then plotted by computer.

Scientists hope that the Large Piña Collider will be able to find evidence of the elusive Jugos Boson, the so-called Cream Particle which gives all coconut products their silky mouth-feel.