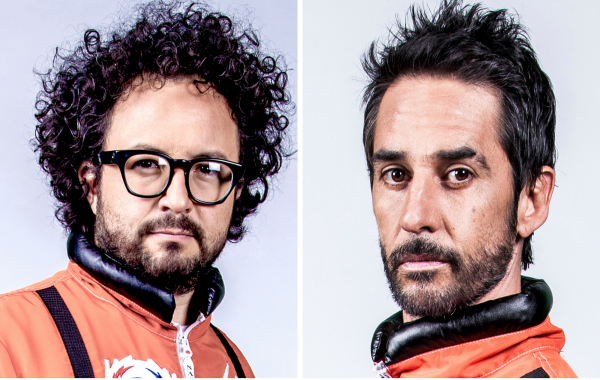 Desierto — a gripping action-adventure film inspired by events on the US-Mexican border — opens in two weeks. The original English trailer (above) has now been supplemented with a trailer that includes remarks by Donald Trump:

Gustavo Aguilar and Juan Cabrera, Mexican day laborers alone in a Twilight Zone desert, are confronted by a screaming protest against illegal immigration. Ours is a world of mirage and illusion, they remind us, and you have to believe it to see it.