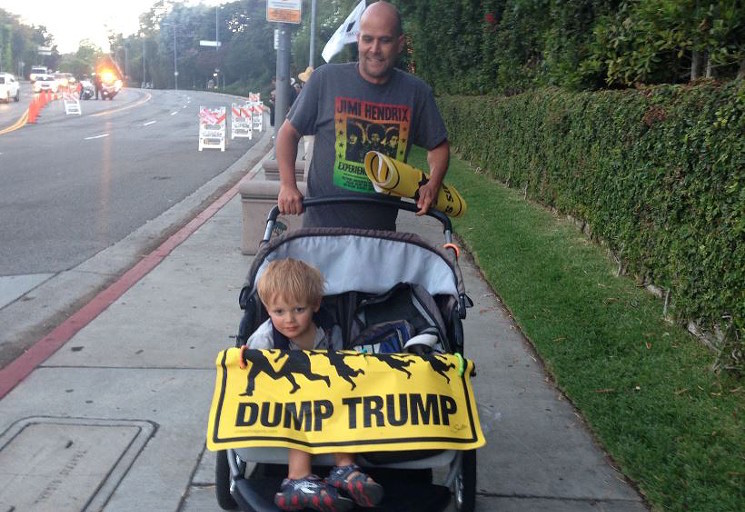 Dennis J. Romero of LAWeekly.com was on the scene at the Luxe Hotel on Sunset Boulevard in Brentwood Friday afternoon as Donald Trump came to speak to a private GOP gathering:

Donald Trump’s mouth might be the most uncivilized thing to have graced the blue-blood hills of Brentwood, but those reacting to the GOP presidential candidate’s presence in Los Angeles tonight were as civil as afternoon tea.

Trump sneaked into the Luxe Sunset Boulevard Hotel in Brentwood at 7:55 p.m. tonight in a two-SUV caravan with the kind of tinted windows that would get just about any Latino pulled over in a heartbeat. Undocumented border-crossers would have been proud of his stealth technique.

The anti-Trumpites in attendance, about 80 or more, according to the Los Angeles Police Department officer in-charge, agreed to cross the street and let the 50 or less Trump supporters wave their flags close to the entrance of the hotel.