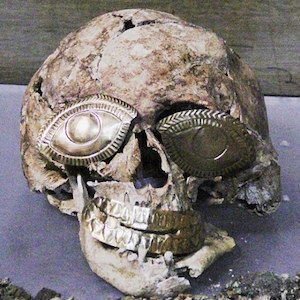 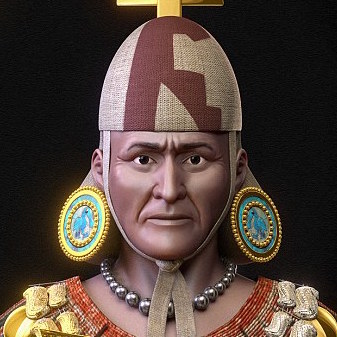 [/one_half_last]The Lord of Sipan may have died 2000 years ago, but 3D reconstructions revealed last week have shown he looked just like his descendants — the indigenous peoples of the Andes today.

The skull of one of the most famous archaeological finds of the twentieth century has been reconstructed using 3D imaging.

Brazilian scientists have revealed what Lord of Sipán – the royal ruler of the mysterious Moche civilisation – would have looked like if he had been alive today.

The 2,000-year-old Moche mummy was first discovered in 1987 and, at the time, was considered one of the ten most important discoveries of the twentieth century.

The graphic imaging specialist was surprised to find the misshapen skull had been glued together.

Conservation technicians at the Royal Tomb of Sipán Museum in Lambayeque on the north western coast of Peru, where the Moche mummy is entombed, had also pinned a plastic wireframe inside the skull cavity to stop the fragile cranial bones from falling apart.

This meant the task of restoring the virtual skull to its original shape would be one of the most difficult and complicated elements of the project.

The pieces of the Lord of Sipan’s crushed skull are held together by an internal plastic wireframe and glue.

Continued at The Daily Mail….