What do you need to know when crossing to El Norte from Tijuana? One artist who lived that life incorporated all she learned into origami “cootie catcher” fortune teller paper tip sheets. (Silent video, above.)

Isabella Cruz-Chong grew up in Tijuana, she explained to POCHO in an email, “and I would constantly cross between Tijuana and San Diego. The instructions originated from common rules most people from there know, personal instructions that my parents used to tell me when I was growing up. Some are my own that I have learned that are important to be aware of. All of the instructions are written in my own words.”

She detailed the process on her blog: 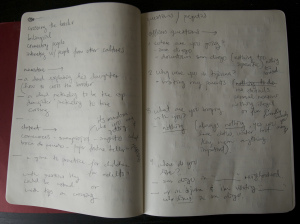 I decided to focus on these themes because in recent experiences I’ve rediscovered an awareness of my bicultural and bilingual upbringing. I’ve realized that these have impacted me more than I previously thought, both in general and in my everyday life. 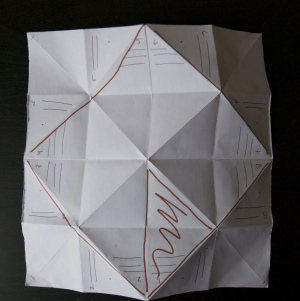 So now, I’m kind of lost in between the two languages and I’ve forgotten the specific nuances of both. I used to get angry and frustrated at this, but now I’m more accepting of this dynamic and realize that it naturally occurs. Also, because of skills like knowing more than one language, one can easily connect with other cultures, which is very important to me. This way of thinking has led me to remember how I have become a master at crossing the border between Tijuana, Mexico and San Diego, California.

People that live in border towns are very aware of how to behave, what to do, and what to say when crossing to and from the United States; but people that are not used to this process are very unfamiliar with the finer details. I clearly remember my parents telling me what to do and say in case a border guard started asking me questions. Later in life, I was crossing on a daily basis and considered myself an expert in doing so. Now, whenever American friends or family from Southern Mexico come to the border, I explain to them the steps to follow to have a smooth crossing…. 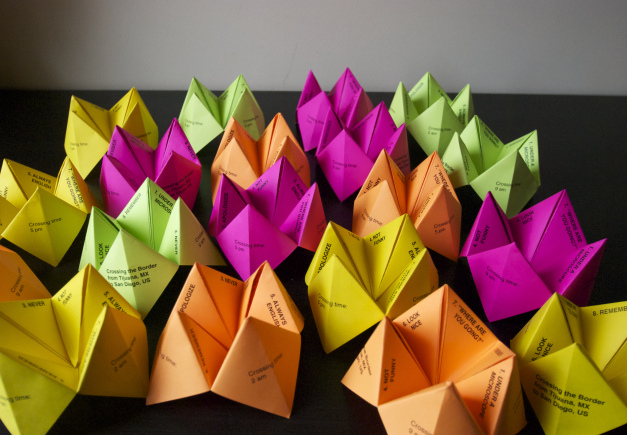