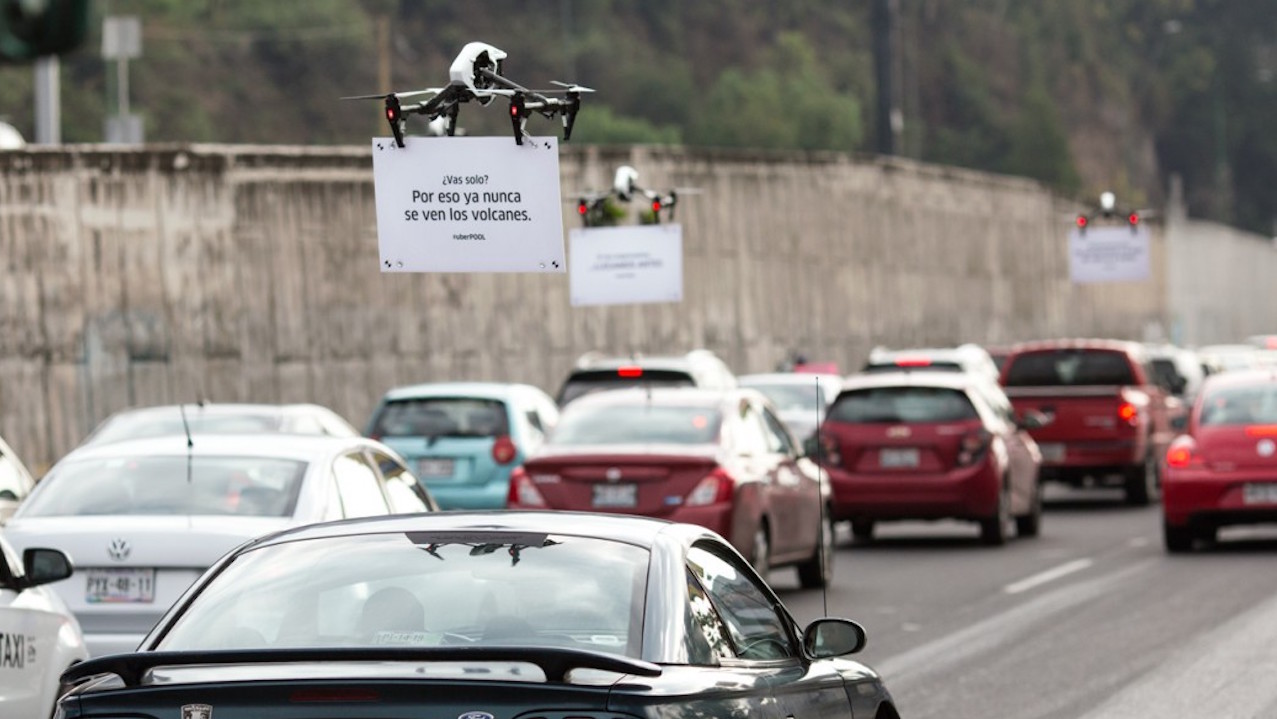 Uber has been sending mini drones with little billboards to hover over DF’s congested roadways to troll drivers. 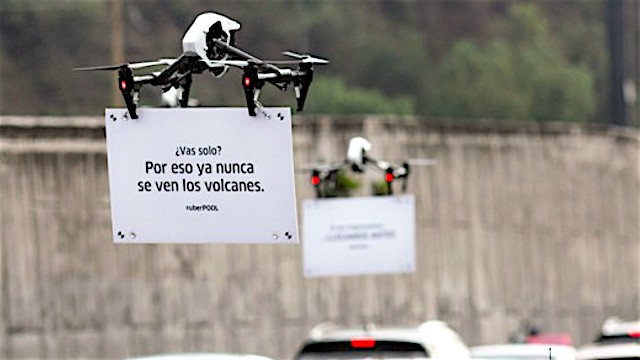 “Driving by yourself?” some scolded in Spanish. “This is why you can never see the volcanoes” — a reference to the smog that often hovers over the mega-city and obscures two nearby peaks.

It wasn’t exactly a plea for environmentalism, though — it was an ad for UberPOOL, part of Uber’s big push into markets across Latin America.