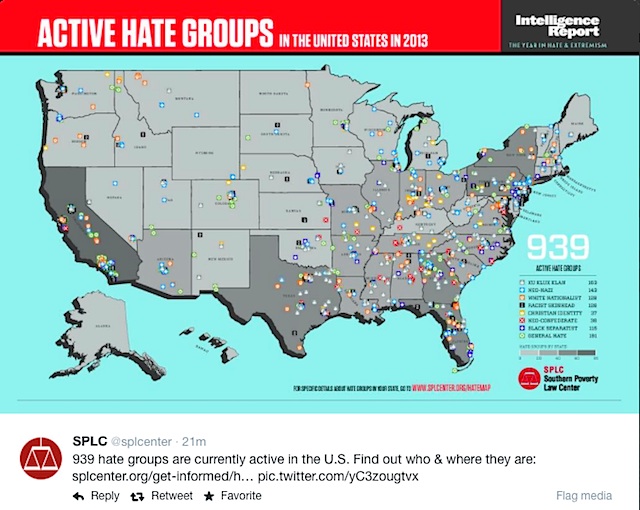 The Golden State leads in nation in the number of active hate groups, according to the Southern Poverty Law Center.

California hosts 77 hate orgs, the report said.  Florida was second with 58 groups of haters, and Texas placed third with 57.

The Southern Poverty Law Center counted 939 active hate groups in the United States in 2013. Only organizations and their chapters known to be active during 2013 are included.

All hate groups have beliefs or practices that attack or malign an entire class of people, typically for their immutable characteristics.

Hate group activities can include criminal acts, marches, rallies, speeches, meetings, leafleting or publishing. Websites appearing to be merely the work of a single individual, rather than the publication of a group, are not included in this list. Listing here does not imply a group advocates or engages in violence or other criminal activity.

You can check your state here.