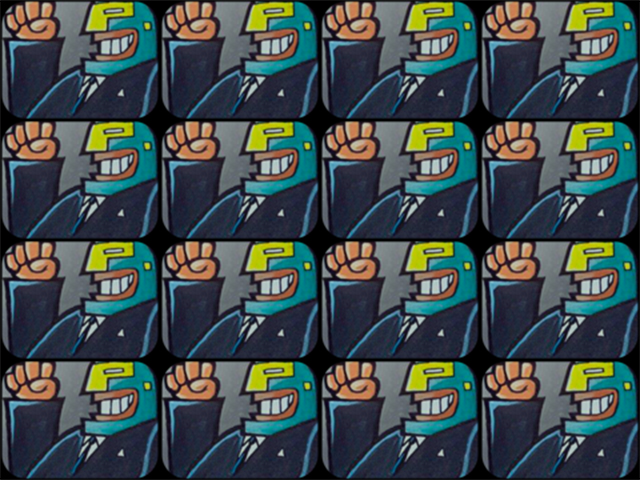 Pocho used to be defined by what it wasn’t. But that was a long time ago.

Pocho, by my reckoning, used to be one thing but now it’s another. To be a pocho used to mean that you weren’t a legitimate Latino – and I use the word Latino in a very broad sense (I understand the whole Latinos-don’t-speak-Latin thing, but I use the term for a more utilitarian reason: it suits my purpose).

I stood out because I was different.

I didn’t talk like the Mexican kids, I carried myself differently, I didn’t say some things the way they did. I was a pocho because I wasn’t a “real” Mexican; I was from the “other side” and not to be trusted. The word was hurled at me as an accusation and a taunt.

I was as much of a hot-head as a fourth grader could be, so I answered the taunts with swinging fists.

I got my butt kicked very soundly the first time, and most of the many other times as well. My problem was that I kept getting up; bruised and battered I kept getting up. It was a yard in a boy’s school and those were the rules. Staying down would have marked me forever.

I spent most of that year in after school detention. So I hated the word.

By the end of fourth grade the fights had stopped. The aggressors just got tired, I think. Either that or they realized how futile it was to teach a lesson to a dumb pocho who didn’t know his place.

When I left the school 5 years later I had great friends and wonderful memories, but I still hated the word. Something inside me recoiled every time I heard it.

For many Mexican-Americans of a certain age the word “pocho” is loaded with blatant condescension.

To the gingos you were a Mexican, to the Mexicans you were a pocho. You were defined by what you weren’t.

My grandfather was appointed to a special board in the early 1960’s that oversaw the expenditures of a multimillion dollar bond for San Antonio schools. He wanted a library built at Storm elementary, deep in the Latino west side of the city. But the plan all along was to spend the money only on the affluent north side schools – my grandfather was outnumbered and outgunned, so he resigned in protest.

My mother was a Junior LULAC-er and on a summer day she and her friends took a trip to New Braunfels, Texas, just north of San Antonio, to spend the day at Landa Park (incredible irony that she would one day marry a man by that name). But they were refused entrance because they were Mexican.

My grandfather became a successful businessman and my mother graduated from college with a degree in nursing at a time when it was rare for a Latina to go to college.

Those are pocho stories.

But so is this:

Not too long ago I heard a young Latina refer to herself as a pocha with a sense of pride that I had never associated with the word. And it astounded me. It made perfect sense. The decades of lucha had changed the definition of what we weren’t.

The dreams and goals of all those people of all those generations-on the battlefields, in the workplaces, in the courts and protest lines-have finally begun to be realized. Pocho kids now graduate from Ivy League schools, and get elected to public office. They teach in colleges and universities, run successful businesses and raise good families. Pochos contribute to their society and have a definite sense of who they are, regardless of what people south of the border think and regardless of what those north of it don’t understand.

What I heard in the voice of that young Latina was the result of generations of pochos that kept getting up and moving forward. Recent Latino arrivals to the U.S. would not understand, and we can’t blame them for that. How can they know if no one has told them?

A pocho is Latino and American, a person who is at once both and neither, who can choose to speak English or Spanish or none of the above and refuse to be belittled by the choice. But here’s the greatest source of pride: a pocho is the end of a long journey, and also the promise of the journey to come.