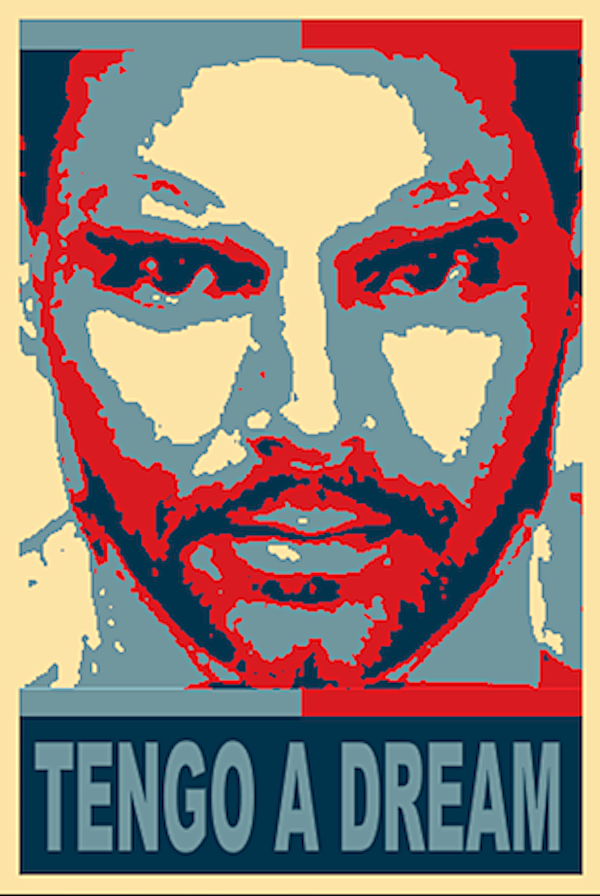 Post offices and other public facilities will be closed, banks and stock exchanges take the day off, and salsa picante and sweet potato pie – his favorite snack combo – are on sale all across America. Today would have been RMLK’s 41st birthday.

“OK, so I was like totally living la vida loca,” said Manila Envelopé of Miami, now an assistant professor of computer science at South Beach Community College. “Superstitions, black cats, and voodoo dolls, the whole schtick. But then I heard RMLK on the radio singing about how the children are our future, and my life changed forever.”

“Well, now, I have my very own dream that my four children will one day live in a nation where they will not be judged by the color of their skin but by the content of their character.”

“Four children? Huh? Dude, I don’t even have kids,” she said, “although I certainly have had issues with the men in my life vis-a-vis safe sex. But I cleaned up my act and now the only black cats in my life are LOLCats online. Ricky King not only had a dream, but he had a dream with a good beat that was easy dance to.”

“I was at the big Dance on Washington back in the day,” retired airport anesthesiologist Juan Don “Orange Sunshine” Gamera told PNS in El Paso. “All these people, together, different people, long ones, tall ones, short ones, brown ones, black ones, round ones — I’ll never forget it.”

“We danced, arm in arm, sometimes by ourselves, occasionally doing line dances, and then more folklorico kinds of things, a mambo, some cha-chas, all united by the belief that claves are all you need.”

The Los Angeles, RMLK Day observances will take on a fabulous showbiz flair.

Thousands of people will participate in an online 24-hour I Have A Dream To Live The Vida Loca hunger and dance strike. Their goal is to call virtual attention to rhythm inequality pervasive across the world.

Martinez’ Boricua activist group will gather outside the former website of Tower Records on West Hollywood’s Sunset Strip. They plan on not eating at the lunch counter and not moving their hips for 24 hours. Some have also vowed to wear leather pants for the duration of the gathering, like the prison uniform their movement’s founder was forced to wear in a Birmingham AL jail.

“Life is short, so make it what you wanna. Make it good, don’t wait until mañana,” she said. “And one day, even the state of Arizona, a desert state, sweltering with the heat of injustice and oppression, will be transformed into an oasis of freedom and justice.”