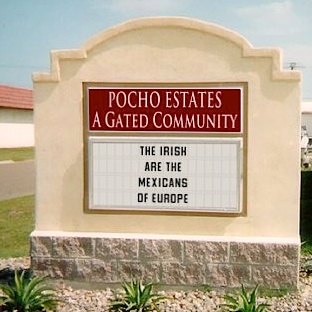 LUCK OF THE IRISH: Look for a pot o’ gold at the end of the rainbow all weekend long at Gustavo O’Grady’s Bar y Grill on East Olmos Boulevard.

Happy Hour, you lucky leprechauns, lasts all weekend long, and GO’G’s always keeps 100 bottles of beer on the wall.

For $144 and a signed damage waiver, you high-rollers can try GO’G’s One Night in Dublin Lifestyle Tasting Menu — generous pours of Guinness and Jameson’s followed by a course of impassioned story-telling and poetry, more pours, then a rich hour of melancholy singing, pours again, all capped off by your choice of a bar fight or vomiting in the alley.

Wear a wee bit o’ green and Gay Gus O’Grady himself will kiss your Blarney Stone. 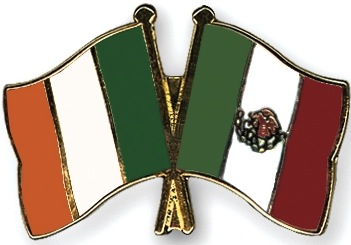 Look for a float featuring the likeness of famous Irish-Mexican actor Anthony Quinn made entirely from bits of Lucky Charms Cereal and listen for the unique sounds of the San Patricio High Marching Banda. Their bagpipe and tuba rendition of Remember Me is not to be missed!

Note: The waving of eerily-similar Mexican AND Irish flags is encouraged, but no flagpole jousting like last year.

The opening presentation will highlight the life of Dow Chemical food scientist Rand Cervantes, credited with the tricky chemistry behind the seasonal treat known as the Shamrock Shake.

Using Cervantes’ aspirational formula of “1% milk, 1% shamrock and 98% shake,” marketing major and chapter president Colin Geraldo will show how the top 2% of people are the only people required for a successful economy and the 98% left over are mere filler.