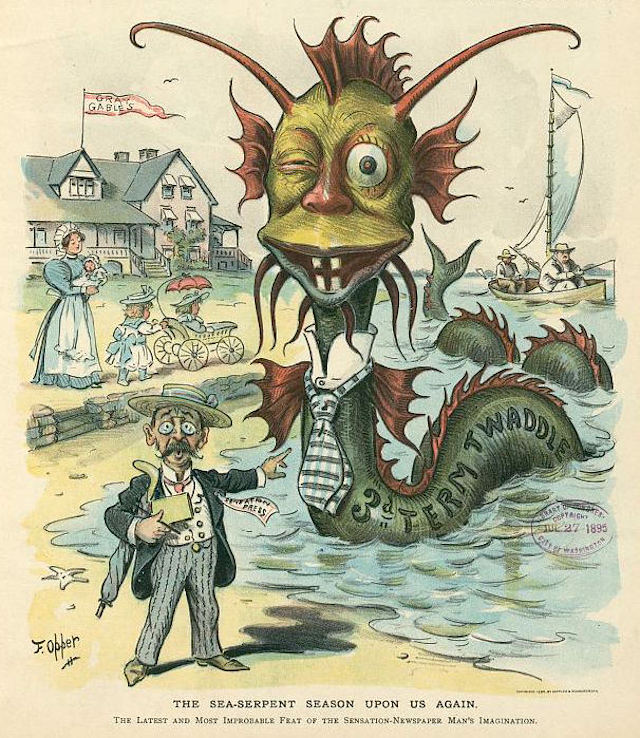 It is perhaps not so surprising to hear that the problem of “fake news” — media outlets adopting sensationalism to the point of fantasy — is nothing new. Although, as Robert Darnton explained in the NYRB recently, the peddling of public lies for political gain (or simply financial profit) can be found in most periods of history dating back to antiquity, it is in the late 19th-century phenomenon of “Yellow Journalism” that it first seems to reach the widespread outcry and fever pitch of scandal familiar today. Why yellow? The reasons are not totally clear. Some sources point to the yellow ink the publications would sometimes use, though it more likely stems from the popular Yellow Kid cartoon that first ran in Joseph Pulitzer’s New York World, and later William Randolph Hearst’s New York Journal, the two newspapers engaged in the circulation war at the heart of the furore.

Look at this photo of lying spin-meister and Trump propagandist, Fox’s Sean Hannity, spreading lies with his poison pen. That says PUCK, by the way, with a P, you cochino. 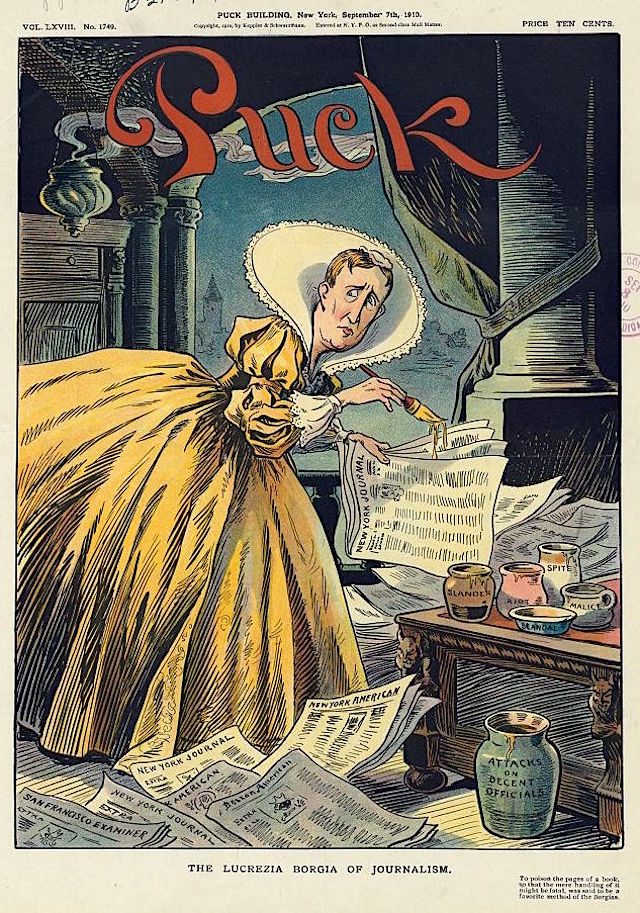 This clickbait publisher is raking in the big bucks. He published a deceptive and alluring headline promising sensational revelations and you won’t believe what happened next: 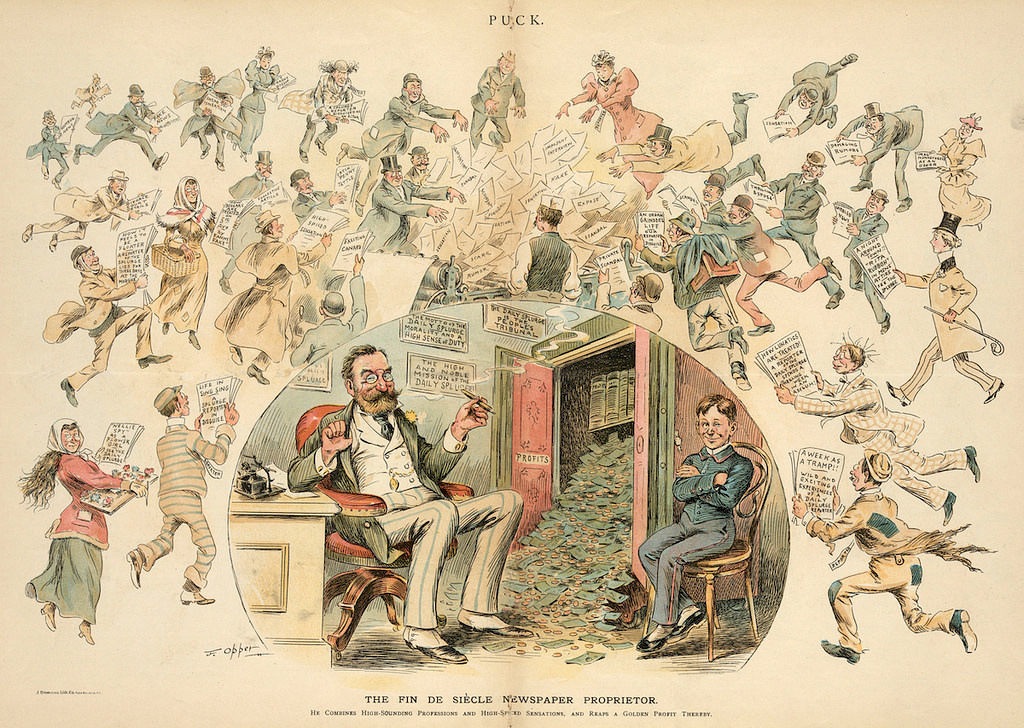 And yes, they even called it “Fake News”!