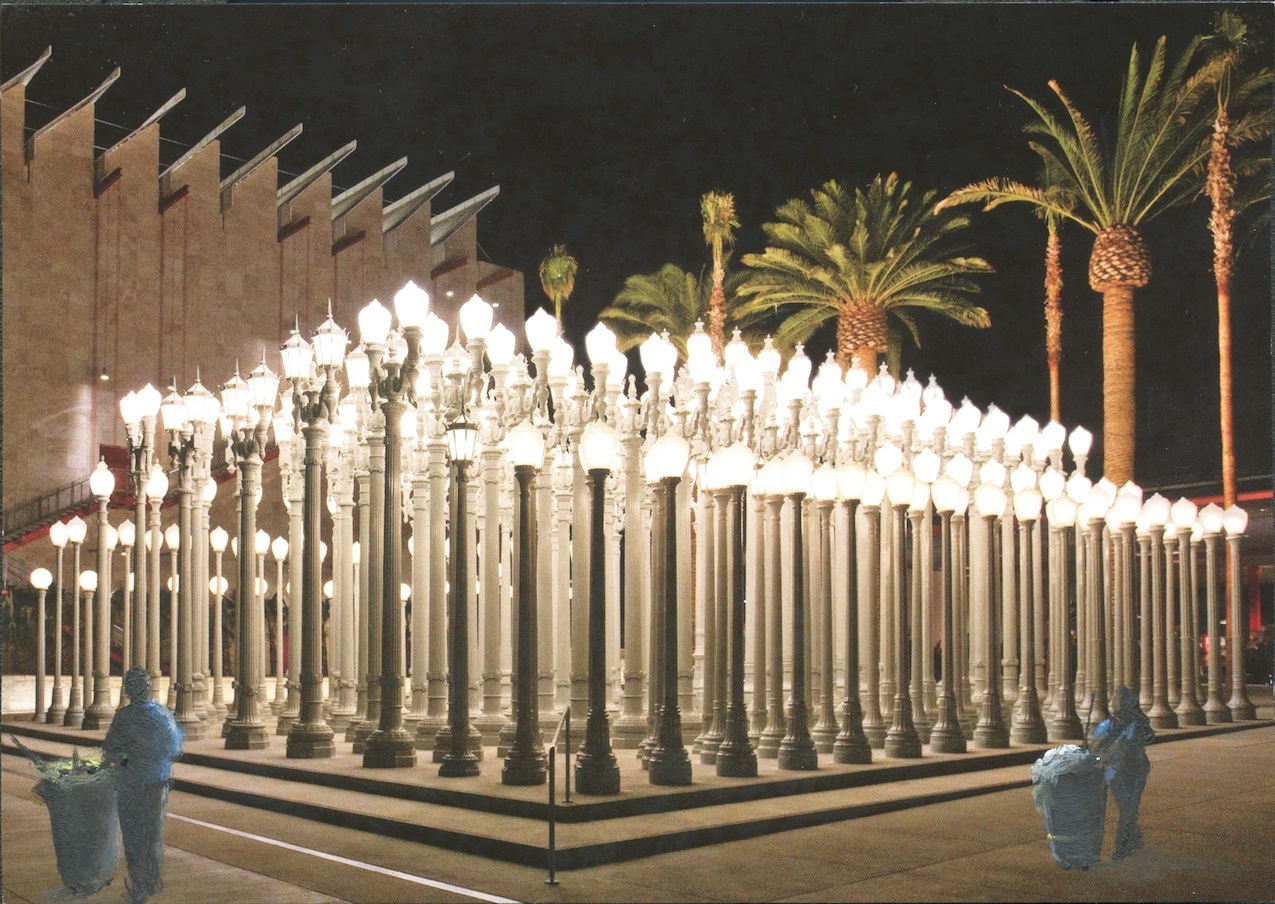 POCHO amigo Ramiro Gomez, a SoCal guerrilla artist who we first met when he started placing cardboard cut-outs of previously-invisible immigrant workers around Beverly Hills and Hollywood, now has his work in art museums (as well as in the homes of private art collectors.)

Recently, he visited to the Los Angeles County Museum of Art (LACMA) where he saw more immigrant laborers toiling tirelessly behind the scenes to keep the museum clean and tidy.

Gomez snapped some photos of the museum custodians and then painted their images onto postcards from the LACMA gift shop, like this postcard of the Urban Light sculpture/assemblage.

I am greatly inspired by the way The Impressionists saw a scene, and by the Social Realists who wanted to draw attention to the everyday conditions of the working class. The figures I paint are my impressions of people I’ve seen working. In places like LACMA, the art on the walls is not what captures my full attention, but rather, my eye is also drawn to the people walking around maintaining the space. If there is anything I’ve learned from art history, is that my job as an artist is to capture what life is like in my time period, and scenes like this, I feel, best represent what I see. [Custodians near Urban Light, LACMA 4″ x 6″ acrylic on postcard]

Can you match the laborers on the postcards with the janitors in the photos?

Here’s the Gomez-revised postcard that features La Gerbe by Matisse: 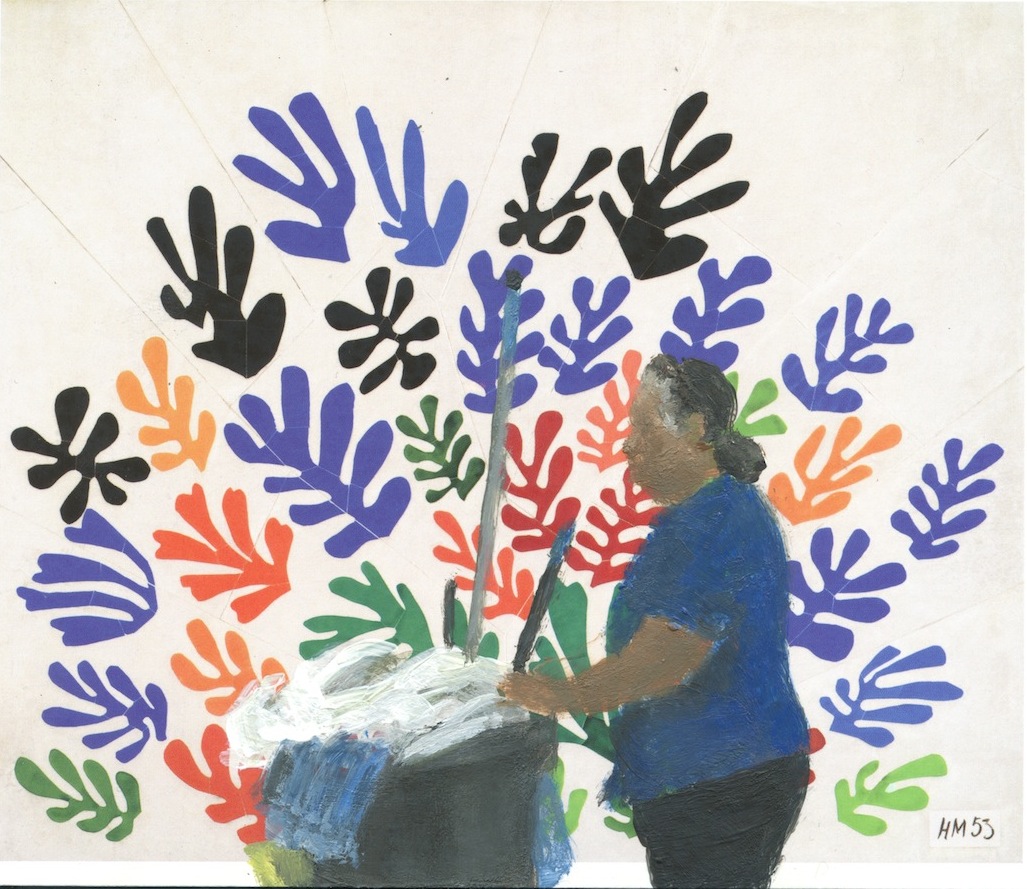 Tony Smith’s Smoke sculpture needs some tidying up, too: 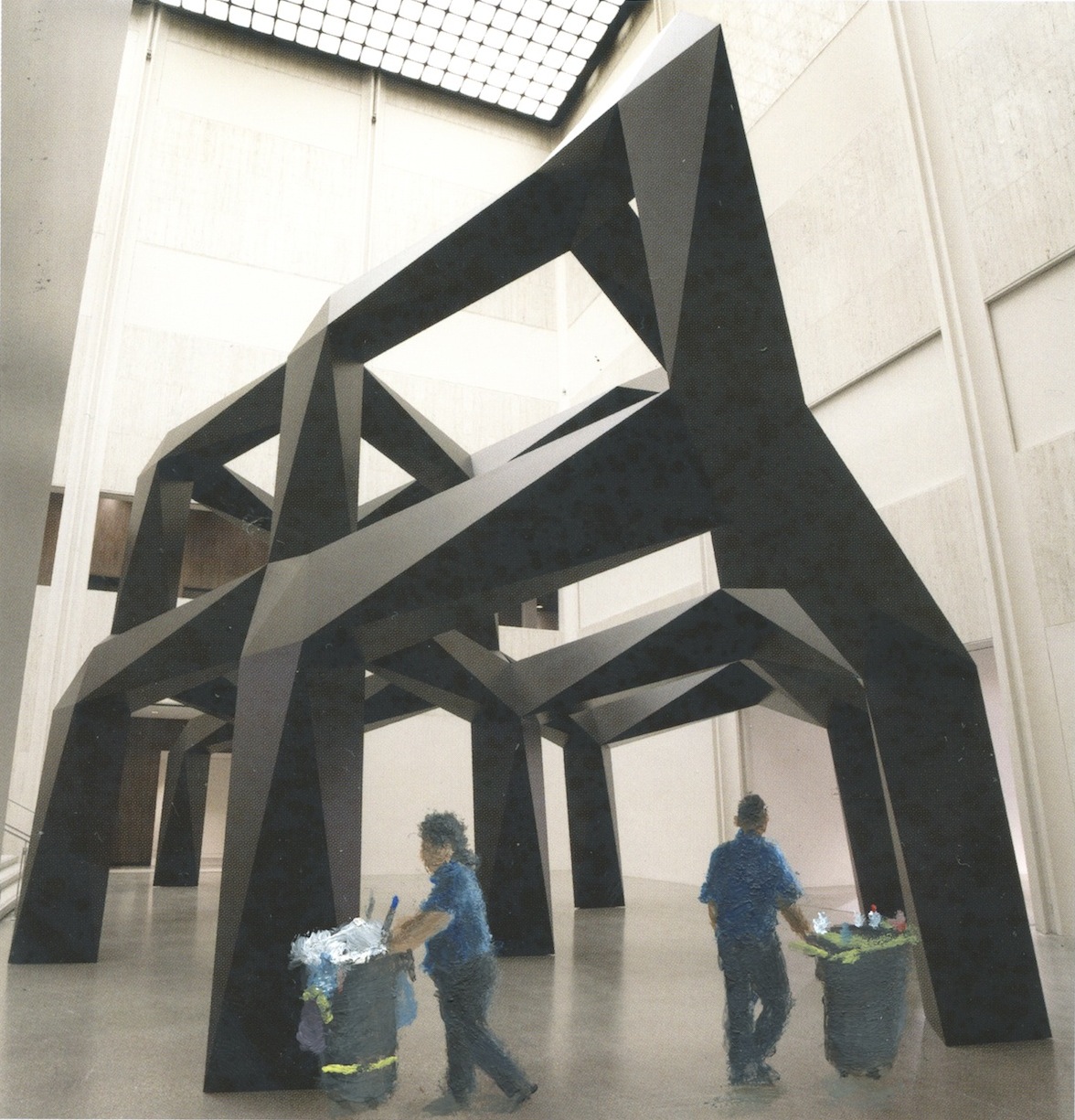 Under the Levitated Mass: 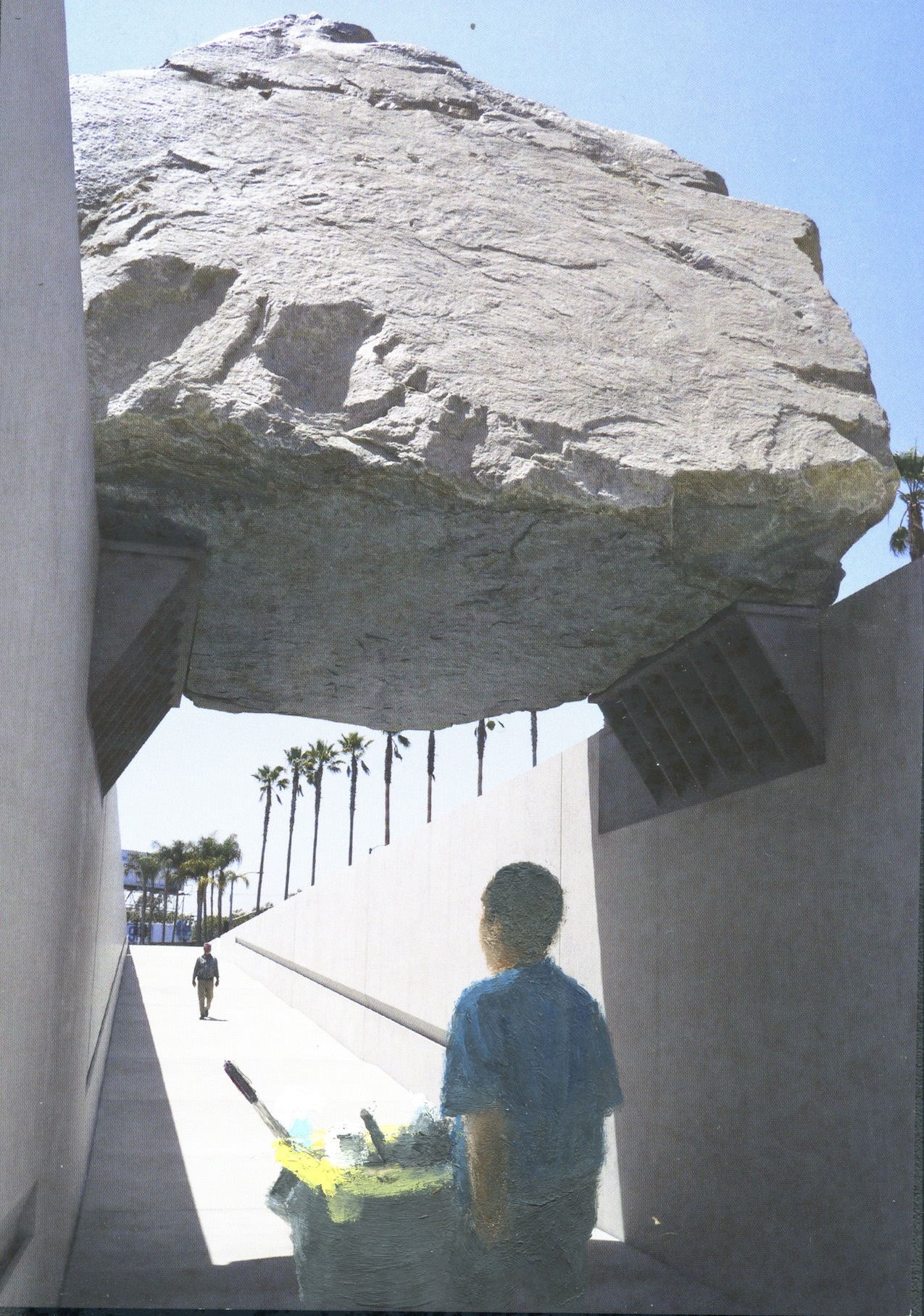 In other Gomez news, his partner David Feldman, a filmmaker, made a documentary about Gomez’ work that’s now out on the festival circuit. It’s called Los Olvidados, (The Forgotten Ones.) Here’s a preview: 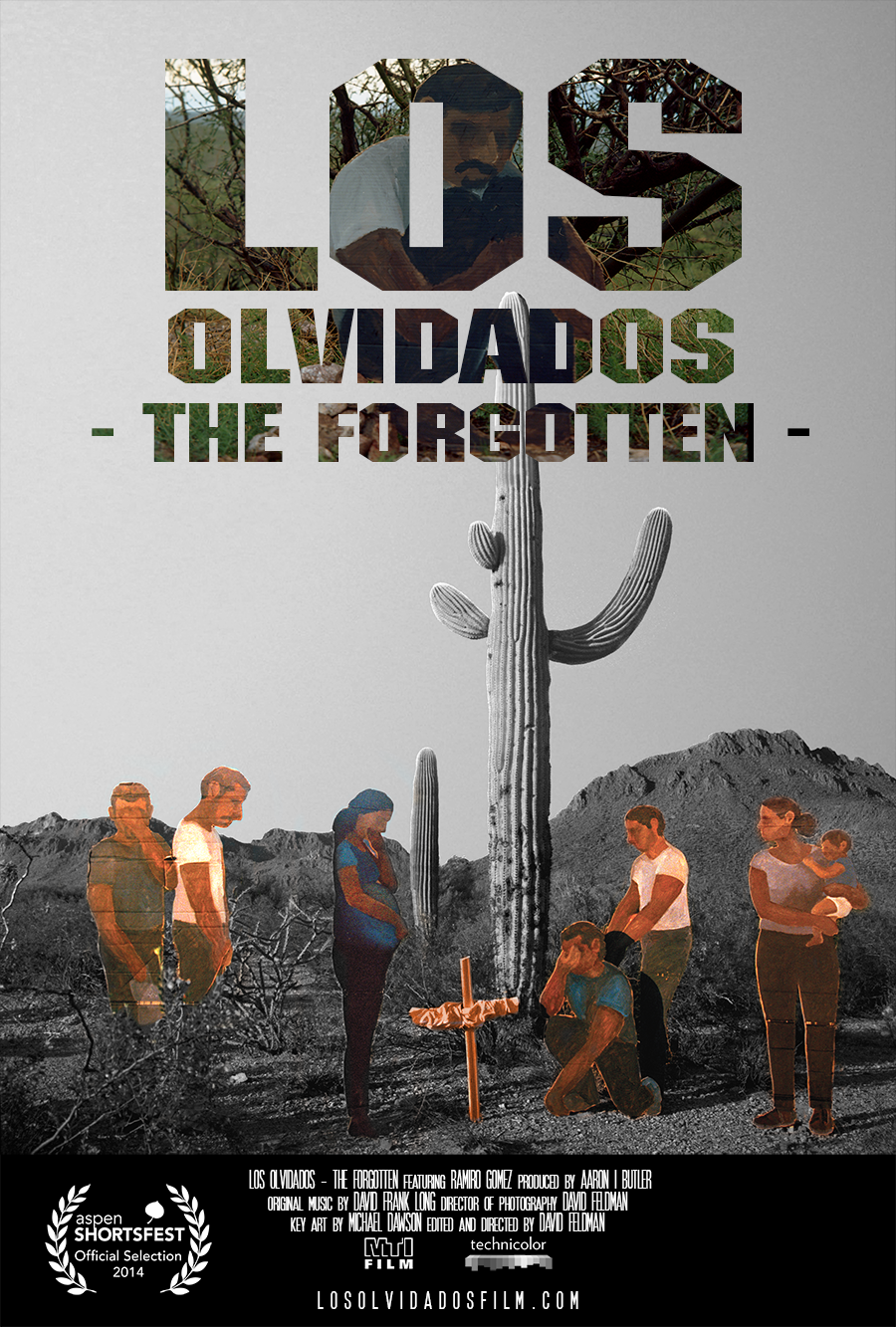 And here’s the gallery of actual LACMA custodian photographs:

[Editor’s Note: The author worked as LACMA’s webmaster in 2006.]