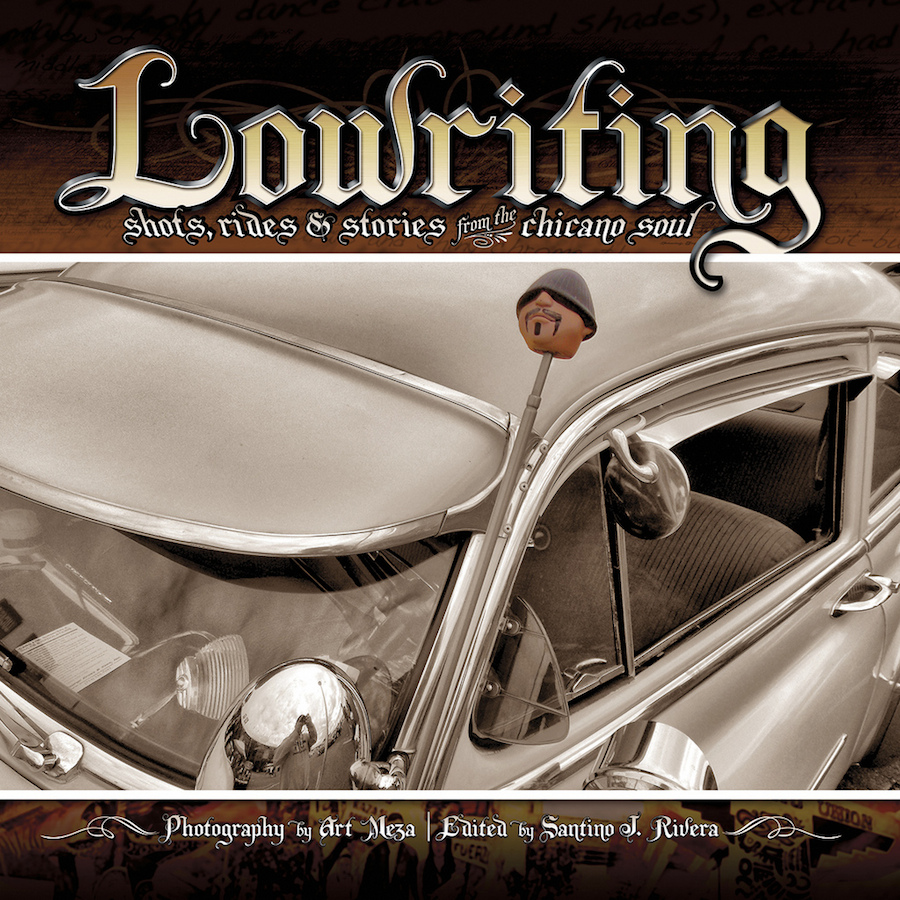 Every once in awhile, a book comes out that inspires us to take a trip down memory lane. Such a book asks us to reflect on what was and will never be again. If we only knew then what we know now, things would be different we are fond of saying often as we look back at those past moments we now cherish forever in our hearts. These types of books bring tears of joy and even sadness as we remember both the endless hours of laughter and the heartbreaks that at one time encapsulated who were in our lives.

Even so, rare is the book that also reminds us that we do not need to look back in melancholia, but we should use the past to redefine our present and build for the future. At the same time, these occasional books help to break down accepted mainstream narratives or paradigms while urging us to reclaim both our historical space, and our cultural motifs in order to recover our collective memories of who we are as a people.

And this is exactly what the recently released Lowriting: Shots, Rides & Stories from the Chicano Soul edited by S.J. Rivera with photography by Art Meza brilliantly captures through its powerful use of the written word and iconic imagery to look at the lowrider lifestyle from the perspective of the Chicana/o.

For far too long, mainstream publishing houses, academia, and other racist institutional structures have attempted to define who we are as a people even going so far as to erase us from the historical record. But Lowriting dares to strike back at the ivory tower with a literary fist of defiance held high for all to see.

Lowriting continues the precedent established in ¡Ban This!: The BSP Anthology of Xicana/o Literature also edited by S.J. Rivera whereby Chicana/o literary voices defiantly “write back” and “talk back” to the Man in the spirit of the Chicano Movement.

The lowrider phenomenon in Chicana/o history and culture has been studied through the panorama of anthropology and social science, namely Lowriders in Chicano Culture: From Low to Slow to Show by Charles M. Tatum and Lowrider Space: Aesthetics and Politics of Mexican American Custom Cars by Ben Chappell. Yet these aforementioned texts are completely devoid of the human stories that foreground the lowrider within our cultural legacy of resistance and survival. Lowriting is not some theoretical framework based on imagined Chicana/o cultural aesthetics, rather it is praxis itself whereby real people get to tell their story.

Lowriting began before it actually became a book as Los Angeles based photographer Art Meza armed with the camera of an iPod touch began snapping photos of his childhood love for lowriders at various local car shows. The photos were shared with friends on several social media sites. Encouraged by the positive reception of these iconic images, Meza eventually upgraded to a DSLR camera that he took with him wherever a car show was organized in the Los Angeles County area.

Through the eyes of a lens, Art Meza captured the beauty and history of the Chicana/o lowrider through unique angle shots that not only highlighted the sophisticated craft of photography as an art form but it allowed us (the viewer) to (re)discover the lowrider from the perspective of Chicana/o communities as they may have originally envisioned them back in the 1930s, 1940s and 1950s.

Despite the lowrider having such a strong communal cultural familial history in the Chicana/o community, the lowrider has largely remained outside the grasp of mainstream American society.

And really this is a good thing because in Lowriting, Art Meza reclaims the lowrider for our community through images that empower and reflect the history of the community. Meza has taken the lowrider phenomenon to new artistic levels, while keeping the authenticity of La Chicanada intact. Meza’s photography allows the lowrider images to speak for themselves. And this is how Lowriting was born.

Lowriting, however, is more than just a picture book destined to sit in some worn-out coffee-table or lost in a wooden book-shelf. Lowriting is a collection of short stories, prose, poetry, narratives, and even a script that calls to be read over and over again.

Luis J. Rodríguez writes about being a Chicano in Japan in Tokyo: Living La Vida Lowrider where he describes the surprising affinity for the lowrider in Japan. Whereas Chicanas/os face institutional racism in the United States, Rodríguez found that Japan “at least at the level of culture, Xicanos can find home even in such a faraway land.” This cultural connection, for Rodríguez, is a call for “borders to come down.”

In an interview with the Ambassador of Chicana/o culture, Danny de la Paz, lends insight into the lowriding culture in the context of his now iconic roles as Puppet in American Me and as Chuco in the cult-classic Boulevard Nights. The interview is a must-read for any student of Chicana/o film studies.

Albuquerque poet Andrea J. Serrano in To All the Cholos I Ever Loved Before invites us to return to “a simpler time” when our own Romeo and Juliet romantic adventures placed us in our own Chicana/o cloud 9:

Allen Thayer in Lowrider Oldies: The Unofficial Soundtrack to the Chicano Experience, gives us an excellent historical narrative of the musical legacy of Chicano oldies, which is inseparable to the history of the Chicano lowrider. The “Eastside Sound” has not been given its due recognition within the music landscape, but Thayer’s essay aims to correct the historical record.

There are 37 contributions in Lowriting: Shots, Rides & Stories from the Chicano Soul. It is a highly recommended book to be shared with family and friends. Lowriting is a must-read book that defies mainstream publishing standards where only certain acceptable voices get heard. Lowriting is indie publishing at its best providing space for those voices that are rumbling through the streets of Aztlán. 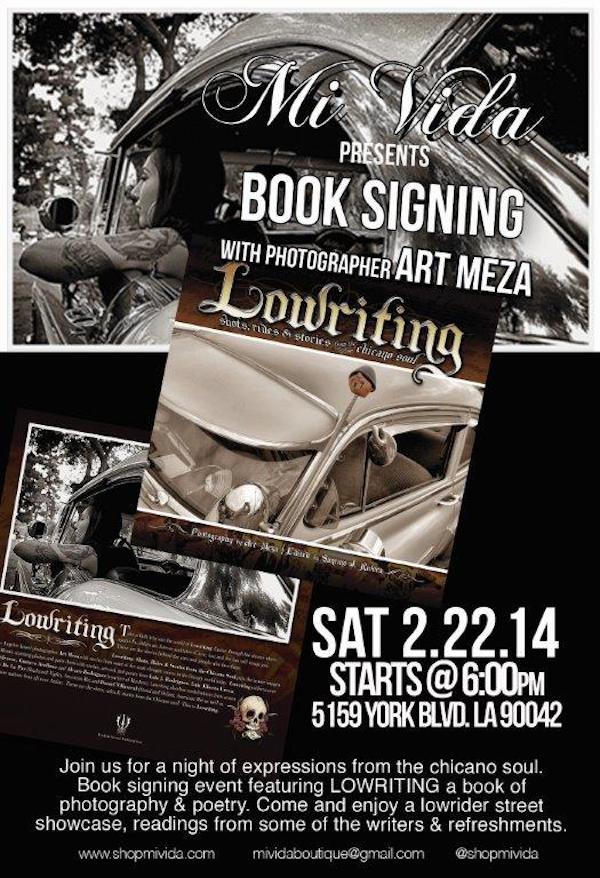 Reprinted by permission from Notes from Aztlan.

DISCLAIMER: Santino J. Rivera is POCHO’s Burro Jefe in Florida and we’re lucky to have him!