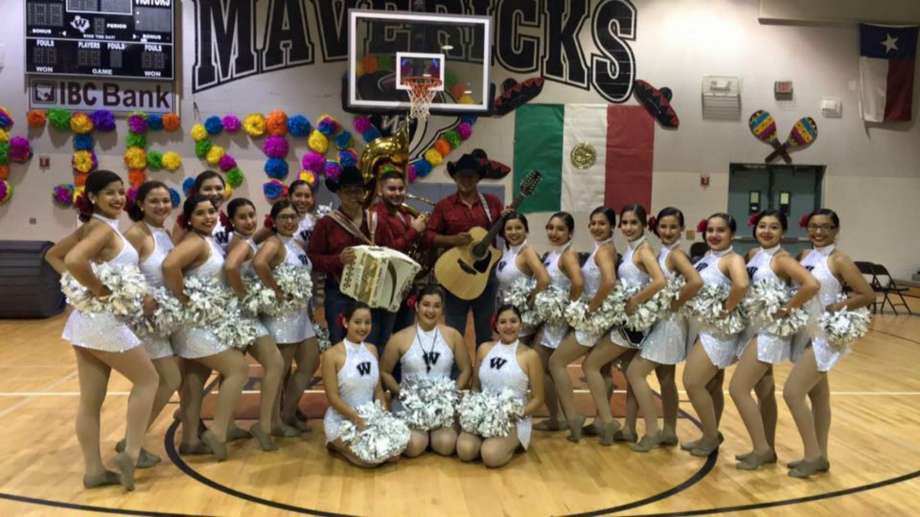 When the kids at Eagle Pass Independent School District’s C.C. Winn High School — on the Mexico-US border west of San Antonio — planned a pep rally, they wanted it to reflect their heritage.

With the melodic tunes of Selena and other conjunto hits filling the air above dancing teens, an Eagle Pass high school turned up the volume on their pep rally last week, transforming their gym into a party the entire campus — and internet —was invited to.

With the stage set, the Silverline Dance Team, Mav Cheer squad, Thundering Maverick Band and a group of male students who voluntarily made up the “The Silverline Cowboys,” took their places on the hardwood for upbeat performances that did more to get the crowd moving than shouting “go team” into a megaphone.

Byrne said the Selena-inspired dance routine featuring the Silverline Dance Team and their male counterparts, the Silverline Cowboys, propelled the rally into a Facebook frenzy with 2 million views and counting when videos from the event were shared on the team’s booster club page.

More photos and video at MySanAntonio.com…