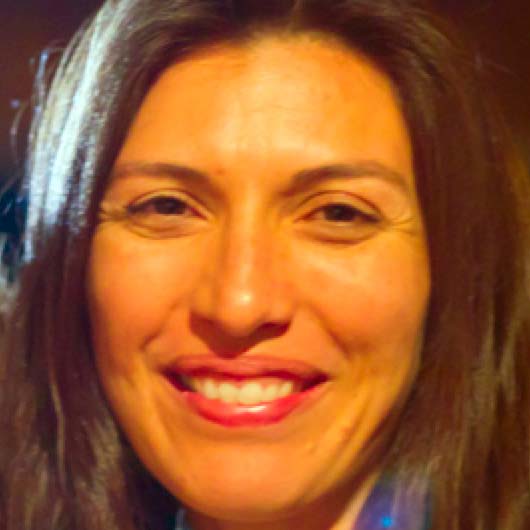 (PNS reporting from WAUKEGAN, IL) Erlinda Morales has wanted an MBA degree for years, but it wasn’t until a Facebook ad for the University of Phoenix popped into her newsfeed that her dream began to come true.

“All I had to do was click on the ad, fill out a form, and all of a sudden I’m in graduate school getting my Masters in Business Administration! This is the happiest day of my life!” she posted on a Facebook Status Update Sunday afternoon.

“They’re such a big deal, they have ads everywhere — not just any school would be able to advertise like that,” she bragged.

Morales (photo) had mediocre grades in high school and community college, but she did manage to score a bachelor’s degree in Business Administration at the University of Southern Illinois. Ever since, she’s been working as a teller at the Land O’ Lincoln Community Bank branch on Main Street here, which has opened her eyes to the world of business.

“There’s so much money out there, you just have to go and get it,” the 28-year-old told PNS. “I can’t believe I got into the University of Phoenix!”

Morales isn’t sure exactly how she’s going to pay for her new education. “They haven’t charged me anything, so I’m assuming it’s free. I’m going to begin classes as soon as I get home from Zumba tonight.”