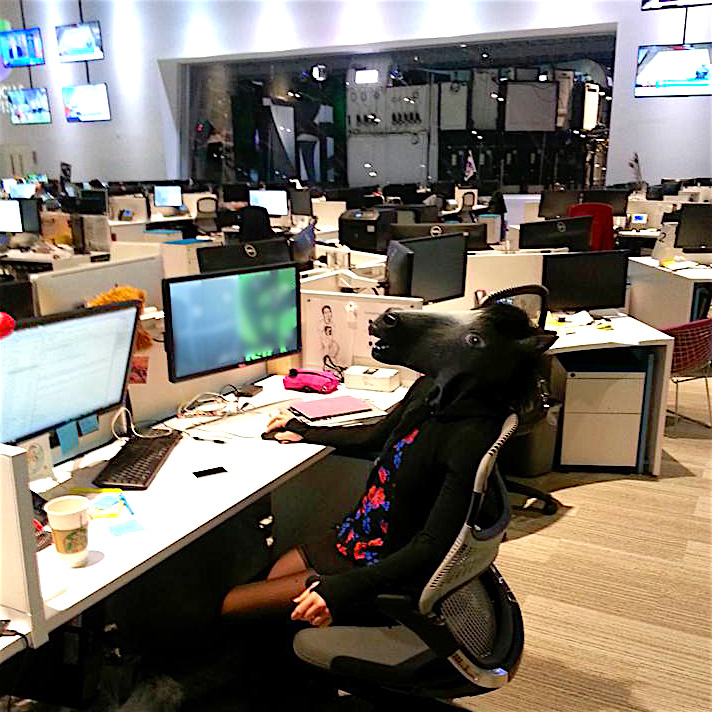 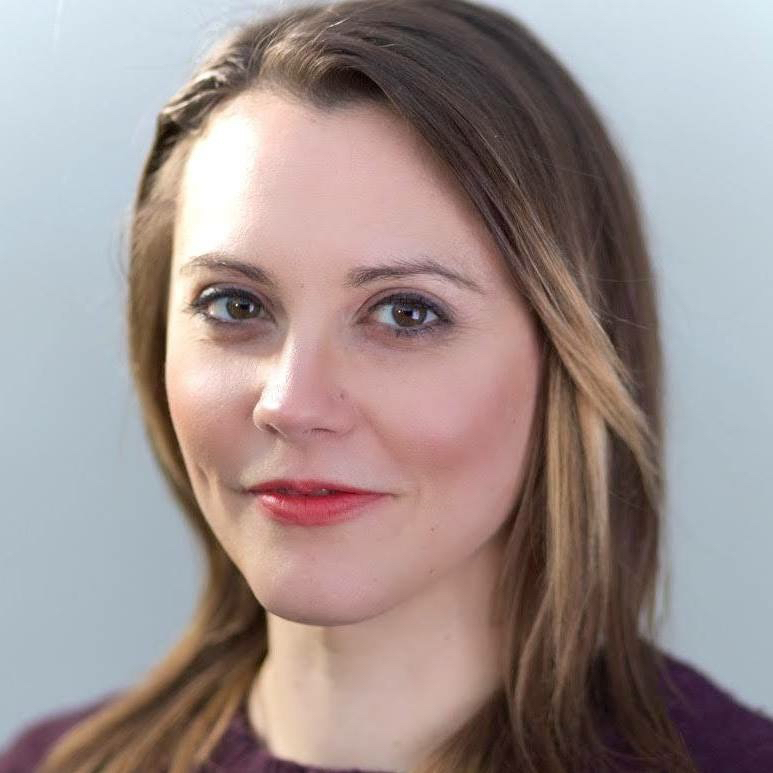 This was supposed to be my big break as a comedian, my dream job. The thing is, there is no such thing as a dream job. It is a lie we tell our children so they eagerly enter a dystopia of consumption, believing they’ll find purpose and meaning in what they do for money.

The problem is money is stupid! But the bigger problem is I NEED MONEY!!

When I was offered a nice deal to be talent for a fancy pants network, I ran down eight flights of stairs and did a lap around the block I was so excited. I left my cushy tech job with great benefits and headed out into the world of teevee. Finally! My big break! Hollywood here I come!

Three years later, I am picking up dog poop for a living.

“Elisita!” you say, “Don’t you realize how fickle the TV industry is? You should have known it was a big risk!”

That’s not the point, Tia Lili! In the 15+ years I’ve been part of the American workforce I have never known job stability.

Even my supposed cushy tech job was a mess. We had come under new management and I was already looking for other gigs. It wasn’t long before my suspicions were confirmed. One by one, my former coworkers were fired and replaced.

What the hell, America?

As an immigrant, I expected more from you! I expected to steal good paying jobs from real hard working Americans!!! What has become of the American dream when a little wide-eyed Peruvian immigrant like me can’t even steal jobs!?

America was built on the promise of the middle-class, or rather, the promise that there was no class system. Anyone can get ahead, right? Wrong! Not only is social-mobility a lie, all this talk about dreams and ponies has served as one big distraction. Trickle-down economics is just a fancy way of saying the rich get richer, the poor keep believing they can become rich. WHERE IS MY PONY!?

I, like many other immigrants, have always been acutely aware of social class because I was born in a country structured around big stinking obvious social class (cue: Amor Prohibido). I have also been aware of its existence in America. So, why do we go on pretending it doesn’t exist?

Occasionally, people stop me during dog walks and ask me a bunch of silly questions about the dog and I make up a bunch of answers before finally being like “look, I’m just his walker.”

That’s when the transformation happens. Their face becomes mangled with a very specific sort of disdain/horror, a look that says, “Ugh, I can’t believe I spent 3.9 minutes of my precious time talking to a lowly dog walker!” That is American social class in action, the idea that what you do for money dictates your worth. I feel sorry for anyone that buys in to that. They will never know happiness.

But then why do I feel like such a loser? Why do I feel compelled to yell out I HAVE A MASTERS DEGREE, DAMMIT?

Why do I feel an unbearable pressure to find more socially acceptable forms of soul-crushing employment even though I’m pretty content playing with dogs all day and performing stand-up comedy at night?

Maybe because I share a gross apartment with two other dudes and I got a splinter in the shower the other day and my room is always freezing and I can feel my ovaries shriveling up inside me crying out PUT A BABY IN ME GAHHH.

I mean, it’s fine — perfectly fine as long as I don’t want to travel or eat out or live alone or raise a family or basically have any part of the American dream. It’s just not sustainable.

But why!? Why isn’t it sustainable? Why does everyone have to become a doctor or civil engineer or something fancy just to live a comfortable life? Why do we keep widening the gap between rich and poor? Why do we keep feeding a system that does not feed us?

My family, like so many other immigrant families, came to the States believing things were different here, because in other countries, what you’re born to is what you’re born to. But quietly, we have slipped into the tide of disparity. I want to believe it’s not too late. I want to believe we can all prosper and create opportunity. But it’s hard, especially when I’m back to square one.

I don’t have answers for anything, so much feels out of my control. I mean, we could raise taxes on billionaires, increase minimum wage, invest more in education, lower the cost of college, provide paid maternity leave, treat employees (not corporations) like human beings and recognize the ties and consequences of a larger global economy but LOL BUTTZ.

Of course, there are things I can control. I can love others regardless of their job, status, wealth, or success. It may not seem like much, but treating people like people could solve a lot of problems.

When I first got fired a year ago (happy anniversary to me!) people kept asking me, “What’s your next move?”

This question is incredibly annoying for several reasons. Mostly, because the honest answer is, “I’m going to crawl into a pit of despair and eat cookies until I feel just slightly less emotionally devastated,” but also because it feeds into this machine of constant motion, constant climbing, constant next leveling up. That is truly not sustainable.

I know it’s not the healthiest attitude, but I’m tired of giving 110% (American math!) of myself to a company that doesn’t give a shit about me. The truth is, while I have no real job prospects and the future is kind of scary, the present isn’t so bad. My life doesn’t center around a 9-5 job, it centers around me. I truly feel like the main character in the story of my life. But it comes at cost. It shouldn’t.

Ultimately, something positive blah blah blah, everything will work out for the best and stuff, right? I mean, ultimately — ultimately I’ll just die, which should reduce my cost of living by about 100%. That’s something to look forward to!

In all seriousness, I still have hope. In what? I have no idea. I’m not really one of those “everything happens for a reason” kind of peeps — I mean, I do believe in a-causal and serendipitous non-linear events but whatever, I’ll save the Jungian theories for another day….

I have hope, dammit — a hope born out of all this instability. Because if instability has taught me anything, it’s that nothing is forever. Not even instability.

(That’s a picture of me at 3AM from my network TV days.)

More from Elise here and here.