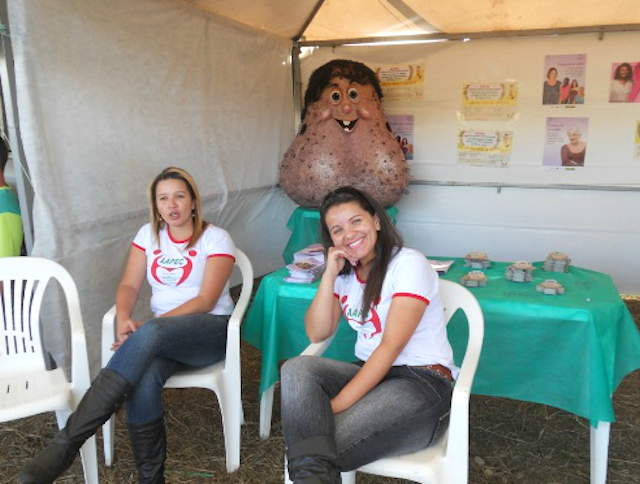 “Really big testicles.” Where have we heard that lately? Oh, yes the songified stylings of Cleveland’s Charles Ramsey, describing his neighbor the alleged kidnapper. But have we SEEN really big testicles? No, we have not, until the Internet angels brought us these photos of Senhor Testiculo, who is the mascot of the AAPEC Brazilian cancer society.

We have some more photos below and then a link to the photo gallery at the society. There’s also a special link to a news story about a guy who just had surgery to deal with his 134-pound scrotum. No photos of that, though. That would be gross. 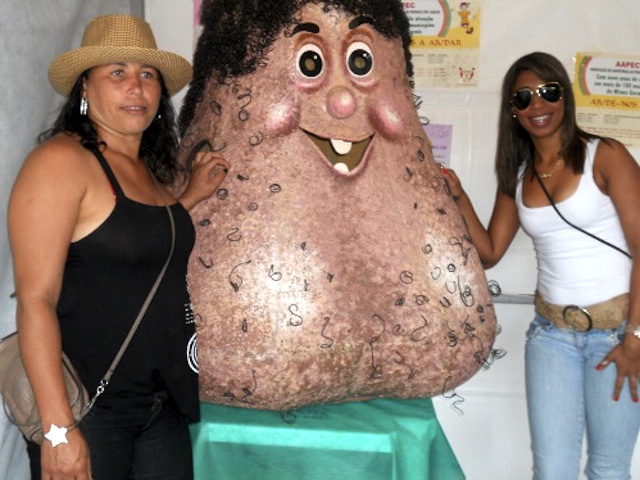 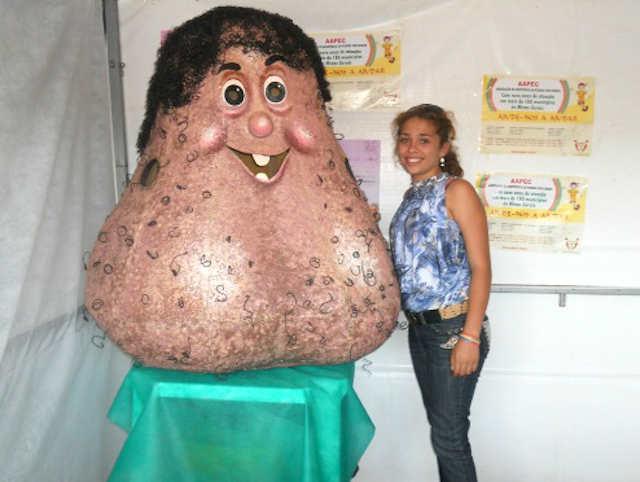 By KATIE MOISSE (@katiemoisse)
May 7, 2013
For five painful years, Wesley Warren Jr. watched his scrotum slowly swell into a 134-pound mass that hung to his ankles. It all started with a bad dream.

“I quickly sat up on the side of the bed after bursting out of an incredible nightmare,” said Warren, 48, recalling the mid-sleep maneuver that “slammed” his right testicle. “I felt the most enormous amount of pain that one could possible imagine.”

The pain quickly subsided, though, as if “a big rig was rolling off” his scrotum, Warren said. “I felt like I’d dodged a bullet.”

But the nightmare had just begun. By the following day, the sack had stretched to the size of a soccer ball.

Thanks to BuzzFeed for the balls.