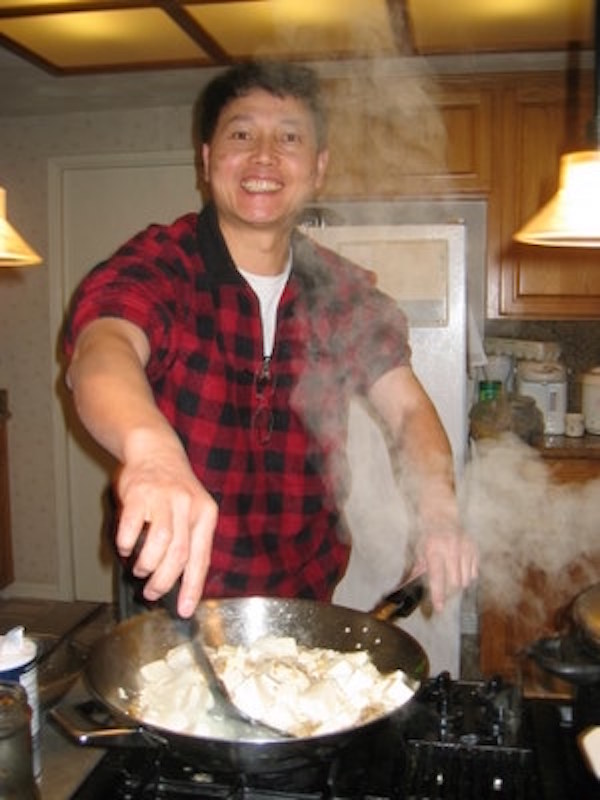 (PNS reporting from LIBERIA, COSTA RICA) Local man Ramón Sosa Quesada stunned his friends and family Saturday when he single-handedly cooked his own dinner after finding himself home alone with no prepared meal.

Sosa, whose wife goes to choir practice on Saturday evenings, said he felt completely lost when he could only find dry rice and raw platanos in the family’s kitchen. He then fell into complete panic when he tried to order servicio express from A’s Chicken and realized his cell phone was out of saldo and he’d spent his final colones on a 6-pack of Rock Ice Limon.

“Mae, I was really looking forward to some steamy hot A’s in my mouth,” Sosa said. “I tried eating dried pasta, coffee grains, garlic cloves, everything. When I saw an advertisement for Popeye’s Chicken on TV, I collapsed to the floor and wept.”

Sosa said he was considering driving to the parish to bring his wife home so she could rectify the situation when an idea hit him: Why not cook his own dinner?

“I remembered watching my wife make scrambled eggs,” he said. “I knew that if I put my mind to it, I could in fact feed myself.”

After an exhaustive cabinet search, he located a frying pan and wooden spoon and was ready to get cooking. Sosa admits to being intimidated at first, but really started cruising once he put the huevo into the round metal thing and moved the dial on the hot thing, he said.

After 4 dozen wasted eggs and a near grease fire, Sosa managed to make himself a plate of somewhat edible eggs. Though he suffered some minor injuries in the process, Sosa did manage to triumphantly satiate his hunger, he said.

“The cuts in my mouth from bits of shell are like battle scars,” he said. “The second degree burn on my arm is like a tattoo that reminds me of what I am capable of and my inner strength.”

Sosa thinks he may have found a hidden talent in cooking and jokes that his wife might have some serious competition. His mother-in-law, Génesis Loria, remains skeptical that Sosa did not employ outside assistance to accomplish the feat.

“That vago can’t stir his own yodo without my daughter’s help,’’ she said. “Something doesn’t add up.”

Doña Génesis believes that her yerno may have concocted the elaborate story to conceal a secret affair that he’s been having with a neighbor.