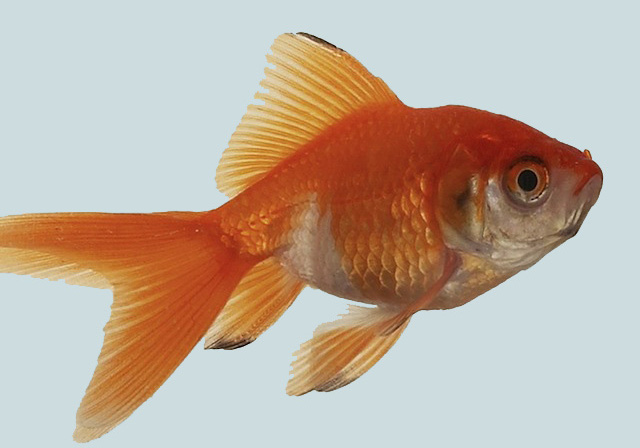 Reyna and Goldie were new to California, and earthquakes. The family just moved into their ranch-style home here over Cinco de Mayo weekend following father Andy Reyna’s transfer from Long Island to nearby El Segundo, a little up the coast from PV.

This was the first time Reyna had her own bedroom; the new Palos Verdes house also had bedrooms for her sisters Sherry, 7, and Katrina, 4.

Reyna, after carefully wrapping Goldie in a tissue, brought her into the kitchen, where the family was starting breakfast. She could hardly get words out of her mouth between the sobs.

Mom Gabriela Solo was the first to catch on to what the weeping girl was trying to communicate. She held her close until she stopped crying, and then just sat quietly holding her empty hand (she would not let go of Goldie) while everyone else tried to get on with their breakfast of granola and 2% milk. After a while, the discussion turned to Goldie.

With hastily-gathered talking points Googled on her iPad, Gabriela led the group to a consensus for a funeral ceremony at 6 PM, Tuesday, close to sunset, when all the kids, and Mom and Dad, and Gilda, could be present. At Dad Andy’s suggestion, Goldie was gently placed in a freezer bag in the family’s refrigerator-freezer.

When Andy got home from Hughes Satellite, where he was an engineer, he dug a small grave in the flower bed near the lemon tree and built a teeny plaza around the open hole with pebbles from Goldie’s now forlorn and empty bowl.

Gabriela and the sisters covered and lined an old Altoids tin with aluminum foil (outside) and, for the inside, trimmed sheets of nori (so Goldie would always smell the sea.) Reyna removed the rock-hard Goldie from the Ziploc® bag in the freezer, kissed her, and placed her on the bed of seaweed.

At sunset, Mom slowly lowered the gleaming box into the open grave, Dad carefully shoveled dirt atop the coffin and then topped off the mound with more fishtank pebbles.

Then Reyna, between the tears, talked about her late friend.

“She was always very active,” she said. “Like they say on TV she had ‘an active lifestyle.’ She never, ever stopped swimming, even if she was maybe sad or depressed. And she was always there with a smile whenever she saw me, especially if I had food. That is how I will remember her always. She sleeps with the fishes in heaven now, so I know she’s OK. Goodbye, little Goldie Han Solo. Swim in peace.”

Gilda Solis-Chihuahua barked once, Mom wiped away Reyna’s tears, and the family piled into their Prius to go out for froyo.