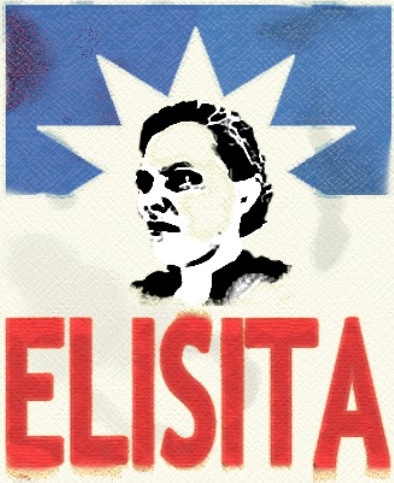 Ladies and gentlemen, I am proud to announce that I am running for President of the United States of America!

All my life, I’ve been told I could never be president — not because I’m a woman (PMS = Global Thermonuclear War) or a high-functioning alcoholic (um, hi, Grant, Taft, FDR, JFK, George Dubya…) but because I was not born in the United States.

However, the birther movement has changed all that. If Barack Hussein Obama was able to overcome the bureaucratic spaghetti goop monster that is immigration and fake his citizenship, so can I.

Mitt Romney was the real catalyst in my decision. “No one’s asked to see my birth certificate…” he said last week. ME NEITHER, MITT! Everyone just knows I’m white!

So, to all my fellow immigrants, don’t let a little thing like being born outside the US stop you from running for president. YES WE CAN!

Paid for by the Elise Roedenbeck Campaign for Taco Equality. You can haz taco.