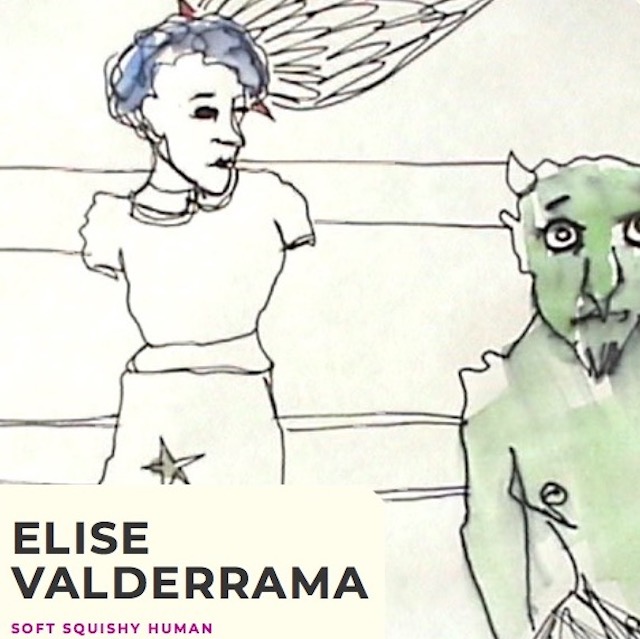 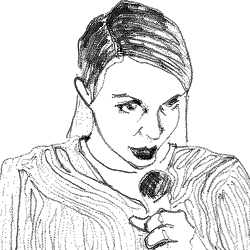 From the moment we are born to the moment we die, we are taught to stay safe, don’t go out alone, don’t leave your drink out, don’t drink too much, don’t stay out late, don’t wear provocative clothing, don’t threaten men. And those are just first world problems.

Women are more susceptible to violence, whether it’s physical, sexual, or domestic. Almost 50% of women who are murdered are murdered by a partner or former partner (bruh, remember that next time you approach a woman).

Worldwide, women are more susceptible to poverty. There’s a fancy term for it: the feminization of poverty. With inadequate access to autonomy, education, health care, child care, and resources, women easily slip into the cycle of poverty. The majority of people who live on less than $1 a day are women.

I dare you to find a better expert on vulnerability than a woman. But it’s almost expected of us. Women comedians talk about their weaknesses all the time, but we are expected to be weak– it’s much more surprising coming from a man.

It’s also really difficult to joke about the travesties women face, especially without sounding flippant. When a 20-something straight cis male jokes about rape, I’m not offended. I’m concerned he doesn’t realize rape is a real thing. It’s not a hypothetical particle like a graviton, it’s as common as carbon.

I remember reading an article where famous comedians were interviewed about rape jokes and I couldn’t help but wonder why no one was asking rape victims what they thought about rape jokes. I concluded that statistically, of the 12 or so comedians interviewed, at least one was probably the victim of rape– though whether or not to reveal that is a very personal decision.

Great comedy comes from our experiences, the things we have personal authority over. Yet we have a long standing tradition of silencing victims. When our vulnerability reaches a point of discomfort, others just don’t want to hear it. But to say vulnerability has its limits is censorship, it’s no different than the argument against political correctness. They are two heads of the same beast.

Occasionally on stage, I’ll talk about my abusive relationship. Regardless of how it’s received, it takes a heavy emotional toll on me, so, it’s rare that I bring it up, but I will.

This kind of abuse leads to so much confusion and self-doubt, after all, to accuse someone of abusive is a serious thing– am I sure it’s not just me? I haven’t been physically hurt. Is it possible I’m just overly sensitive? And then I have to remember being woken up in the middle of night by a glass thrown above my head, followed by the screaming words, “YOU DON’T GIVE A FUCK ABOUT ME.”

Sadly, my situation is not uncommon, it can happen to anyone, woman, man, young, old, college graduate, and Mensa members alike. But if I had never talked about it, I would have never known that. It’s complicated and it’s messy, it can’t be summed up in a trope or by a setup/punchline. It won’t be the subject of an after-school special: internal conflict caused by a gas-lighting narcissist makes for terrible television, it’s much easier and more titillating to show a woman being forcibly raped (though I prefer the terms sadistic and exploitative)…

Most of me doesn’t want to talk about it. It’s incredibly painful. But if not me, then who? When you speak with experience, you have the opportunity to make something funny without belittling its significance. You own it.

Speak your mind so you can die in peace.

These words constantly rattle through my head. At the risk of sounding bleak, I have no real expectations for the future, I just want to slip into the dark blanket of eternity knowing I said everything I needed to say. Because there is too much that goes unsaid, or worse, gets said by buffoons who know nothing about it. And I for one, have had enough of buffoons.

Our culture is so quick to label women as crazy, unstable, or damaged. I am none of those things. Though labels stem from a need to inform and process information as quickly as possible, they’re also a form censorship (this is why the idea of branding horrifies me– you’re censoring yourself to comply with a marketing strategy, you’re making yourself a bag of Cheetos, we are not born to be consumed like a bag of Cheetos, delicious Cheetos). However, as long as there are those who lack the cognitive ability to understand human complexity, there will be labels. Which is to say, forever. Don’t let that silence you.

Women are taught to avoid situations that make us vulnerable. I think, in part, this is why there are fewer women comedians. I would argue, standing on a stage, revealing your secrets to strangers isn’t totally vulnerable. It actually gives you quite a bit of power (well, until the tomatoes start to fly). It gives you ownership, regardless of the outcome.

I think we have a hard time recognizing true vulnerability. For example, when a homeless man asks you for money, in reality, he is the one that is vulnerable. He’s sleeping on a sidewalk, you at least have your shitty room in Chinatown. Anyone can kick him or rob him, he could disappear and no one would notice. Yeah, he might bite you, but you could throw him over the Brooklyn Bridge with little to no consequence. It’s not that women comedians aren’t vulnerable, it’s that they’re the kind of vulnerable we’re afraid of.

I do believe things have improved since the Eddie Brill interview came out in 2012. Look at the recent success (yey!) of my hero (yey!), Maria Bamford (yey!), named “America’s Most Vulnerable Comedian.” And I know men don’t want to be confined to the stoic fortress of masculinity. That sounds sweaty and gross.

Whenever a comedian talks about a traumatizing experience, I applaud them. Even if you feel the room is hostile, even if you think no one wants to hear it. So many times, I see women comedians give-up preemptively because an open mic is overrun with what I call testosteronie— it feels women-hostile. Remember, open mics are about you, not them. What do you need to accomplish? Treat it like a job. Don’t be afraid to fail. Fail always, fail better (I oddly like bombing at mics– I consider it my sacrifice to the great Pachamama of comedy, so that I may perform better at a future show).

In short, don’t be afraid to be vulnerable, in whatever way you define your vulnerability. Whether you just want to discuss your crippling fear of telephone calls or reveal deep-rooted childhood trauma, do you. Only you have the authority to define yourself and chances are you’re not alone. And don’t be surprised if soon enough, that vulnerability turns into power.

(cause that’s when we take down the patriarchy, raaaaAAAHHHH!!!)