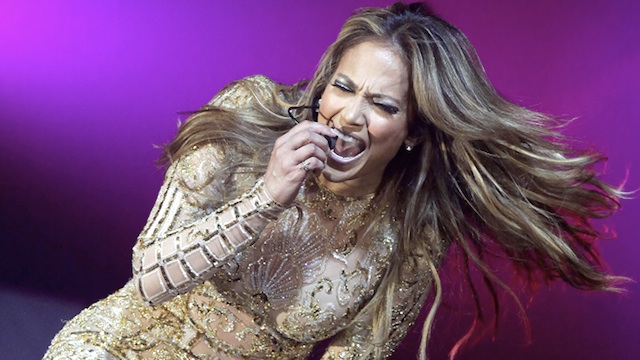 (PNS reporting from BEVERLY HILLS) Actress Jennifer Lopez was honored at the Espiritu Awards last night, netting the coveted Best Non-Mexican Actress Who Plays A Mexican In Every Role Award.

“I’m just so grateful to all of you who see in me what every casting agent in Hollywood sees: a Mexican. Which is actually better than being a real Mexican, because then I can actually get work,” she told a gleeful crowd as she accepted her award.

“If it weren’t for Mexicans, I would not have the career I do today, thank you, thank you!”

The Espiritu Awards are organized every year by Espiritu USA, the biggest Hispanic media organization in the country. The awards consistently go to a small group of Latino Hollywood talent, generally swapping out between presenters and awardees every year.

Braun has been casting non-Mexicans for Mexican roles in Hollywood longer than anyone in the business, originally using swarthy actors of Italian or Greek descent, before moving on to brown-haired whites, and finally just settling on Antonio Banderas.

“In Los Angeles, it’s so hard to find Mexicans, that I’ve had to be really innovative over the years just to portray authentic Mexican American life.” he told the audience, which responded with a standing ovation. “Without talented non-Mexican Puerto Ricans like Jennifer Lopez, or Cubans like Eva Mendes, there’s no way we could authentically portray the Mexican American experience in cinema.”