I spent the weekend to Kansas City paying tribute to Lee Salem, the comic strip editor and syndicate president who discovered so many groundbreaking comic strips that he changed the comics page forever.

I joined a memorial where Cathy creator Cathy Guiswhite and Doonesbury creator Garry Trudeau spoke, along with Lee’s son and young grandaughter.

I had already planned to draw an obituary cartoon, which you see here from La Cucaracha, the comic strip Lee helped develop and approve for launch back in 2002. 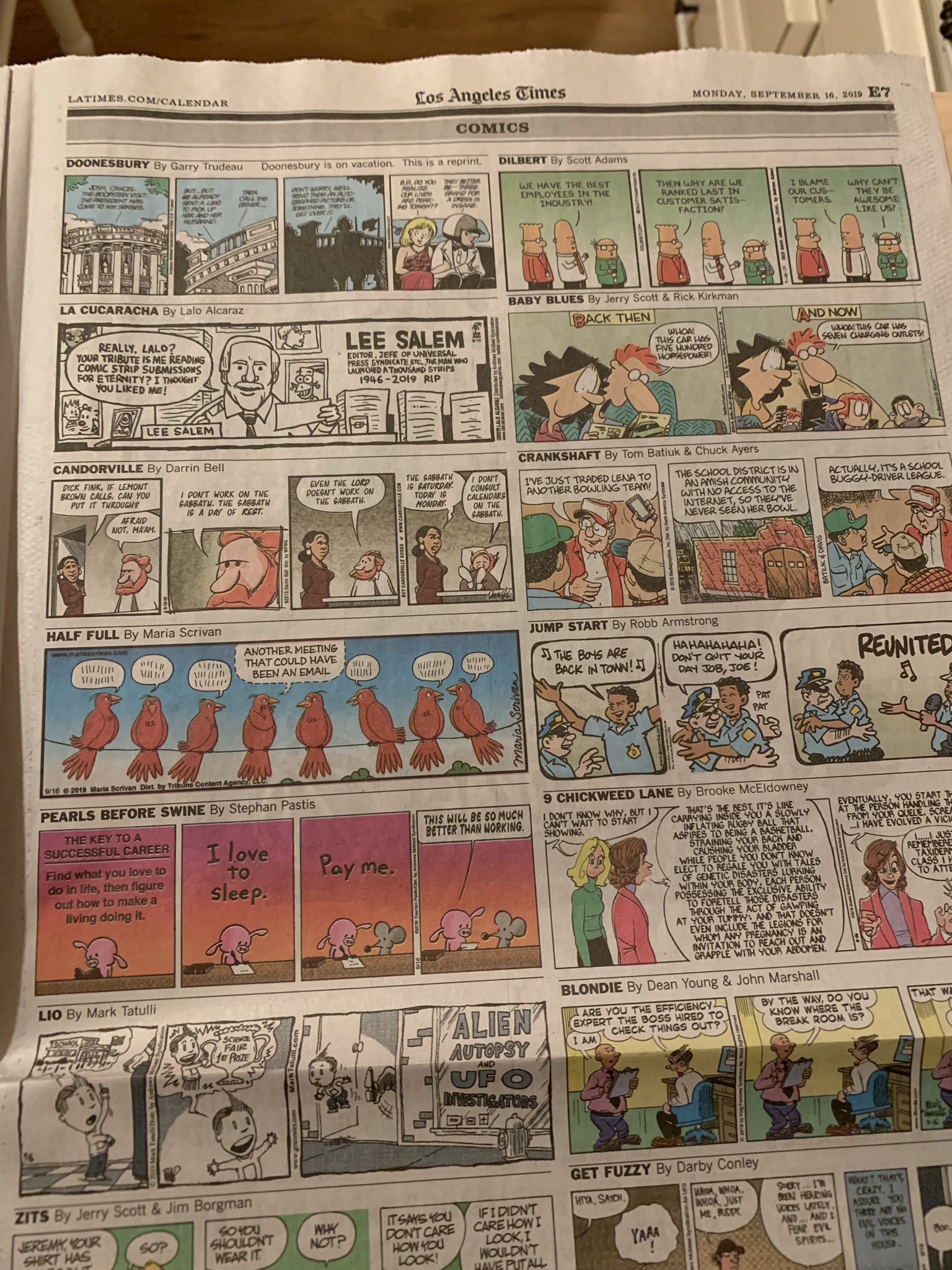 I drew the cartoon in black and white so that it would stand out, and also recall the first cartoons of La Cucaracha.

Before that, Lee nationally syndicated my political cartoons, unleashing my political art to the widest possible audience.

You can argue is what lead me to being able to work on the Pixar’s film Coco and currently at The Casagrandes animated show on Nickelodeon.

Lee took chances on minority voices, and it had an effect on society.

He always stood by us cartoonists whenever controversy came, and was always supportive in our personal lives too. I will forever try to be as open-minded and supportive as Lee was with me, and maybe the world can change, even just a little bit for the better. 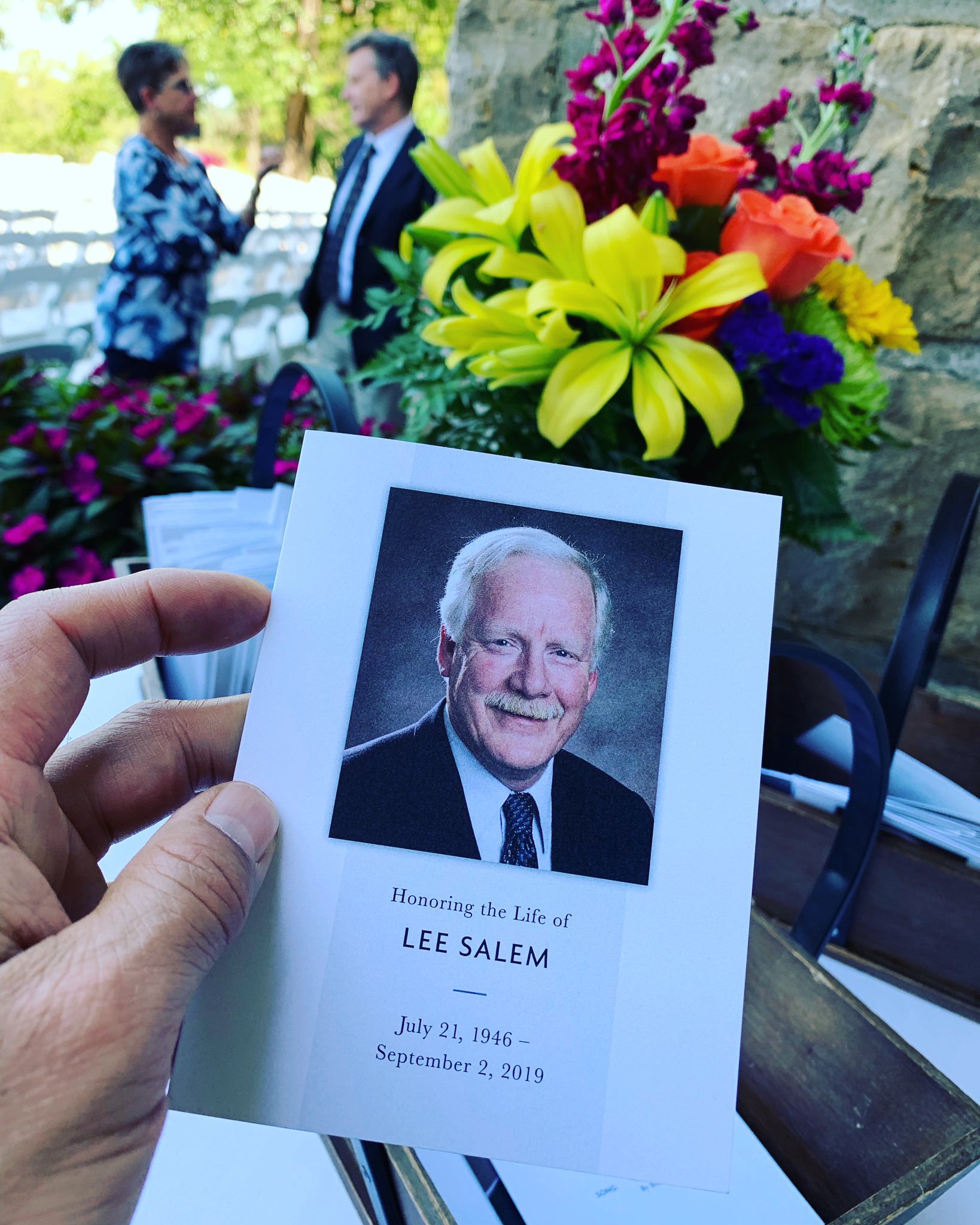 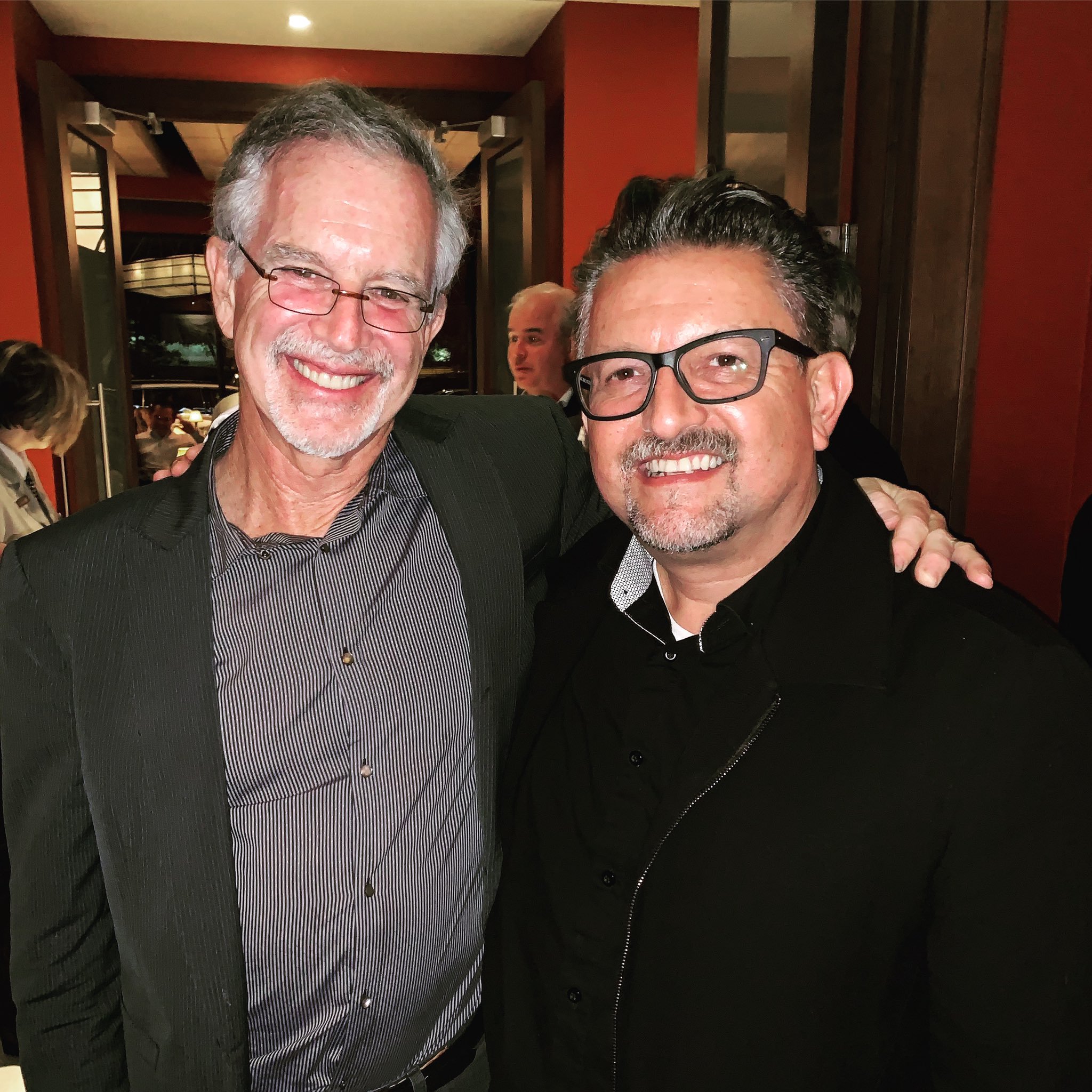